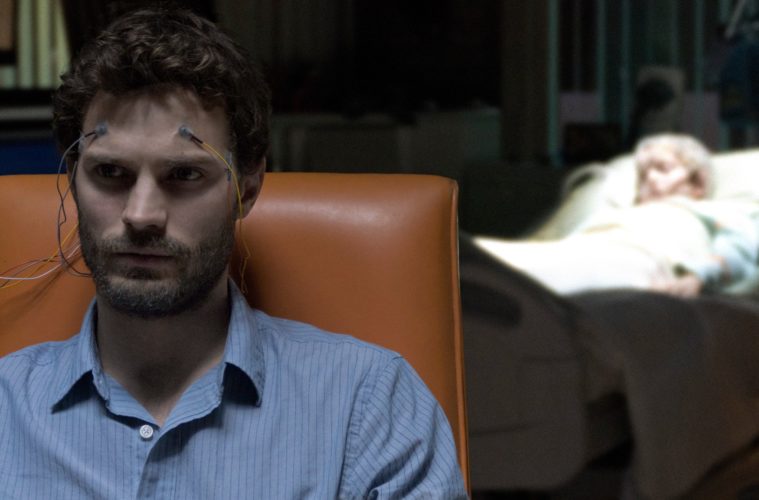 After Alexandre Aja directed Max Minghella in Horns a few years back, they two are collaborating again. The director is helming Minghella’s first feature screenplay with The 9th Life of Louis Drax, which is based on Liz Jensen‘s book. Led by  Jamie Dornan, Sarah Gadon, Aaron Paul, Oliver Platt, Molly Parker, Barbara Hershey, and Aiden Longworth, the first trailer has now landed.

A mix of psychological thriller and fantasy, there’s some interesting imagery in the film, even if it looks like Aja is working with a lower budget this time around. Shot back in 2014, the film will finally arrive this fall and hopefully the delay didn’t have to do with its quality, but we’ll find out shortly. Check out the trailer below.

After surviving eight near-death accidents throughout his unlucky life, Louis Drax plunges off a steep cliff on his ninth birthday. While police investigate the cause of Louis’ near-fatal fall and the whereabouts of his violent father Peter (Paul), acclaimed neurologist Dr. Allan Pascal (Dornan) uses unorthodox techniques to try to tap into the boy’s unconscious mind and reveal the truth about the events that led to his condition. But as he’s drawn deeper and deeper into the mystery of Louis’ seeming ability to cheat death, the doctor finds himself falling for Louis’ mother, Natalie (Gadon). As new clues emerge in the case, a shocking revelation changes the fates of Louis Drax and everyone around him.

The 9th Life of Louis Drax opens on September 2.