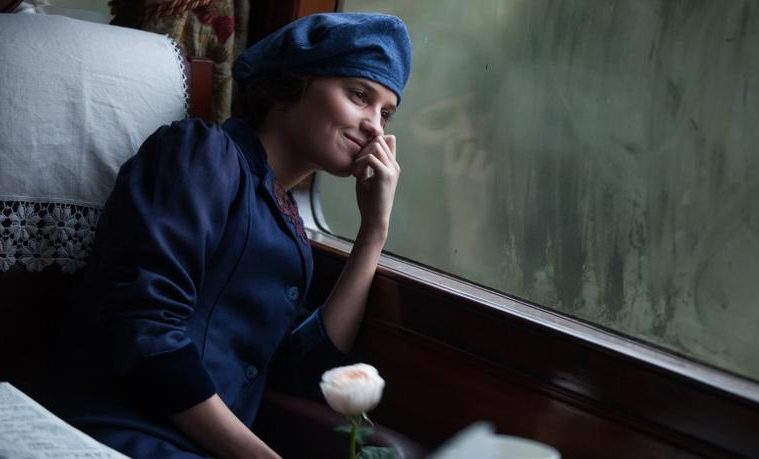 Rising star Alicia Vikander only started shooting her latest project, the WWI biographical drama Testament of Youth, this spring, but today we’ve got the first trailer. The actress plays Vera Brittain, a young Englishwoman who not only experienced World War I from the nurse’s perspective, but also chronicled those trials in her seminal memoir.

Coming from director James Kent, the cast also includes Kit Harington, Taron Egerton, Colin Morgan, Dominic West, Emily Watson, Hayley Atwell, and Anna Chancellor. Judging from this first preview, it looks like a compelling period drama and one we’d be looking forward to for Vikander alone. It’s not yet set to premiere at any fall festivals, but one can expect it in at least U.K. theaters in early 2015.

TESTAMENT OF YOUTH is a searing story of love and war. Based on the classic First World War memoir, this is the incredible true story of one young woman’s struggle to survive the horrors of war, which robbed her of everyone and everything she held dear, but was ultimately unable to break her extraordinary spirit.

Vera Brittain, irrepressible, intelligent and free-minded, overcomes the prejudices of her family and hometown to win a scholarship to Oxford. With everything to live for, she falls in love with her brother’s close friend Roland Leighton as they go to University to pursue their literary dreams. But the First World War is looming and as the boys leave for the front Vera realises she cannot sit idly by as her peers fight for their country, so volunteers as a nurse. She works tirelessly, experiencing all the grief of war, as one by one her fiancé, her brother and their closest friends are all killed and the pillars of her world shattered. But, an indefatigable spirit, Vera endures and returns to Oxford, irrevocably changed, yet determined to create a world in which such a war can never take place again.