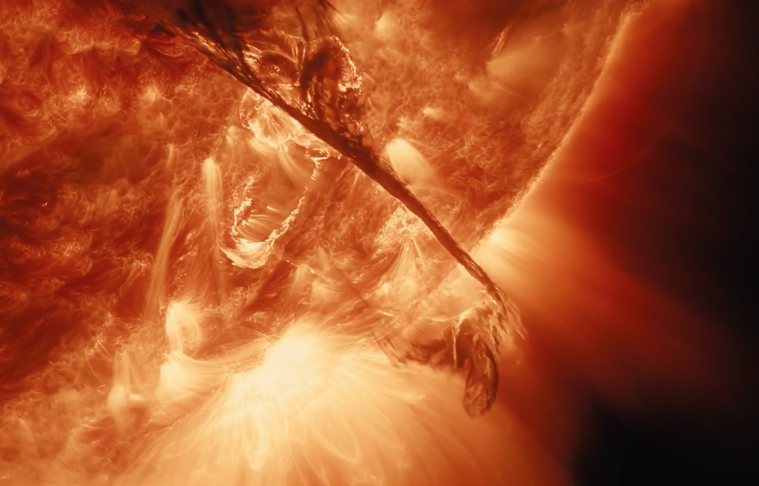 With a poster, synopsis, and runtime recently announced, we now have the first trailer for Terrence Malick’s long-awaited documentary Voyage of Time. In the works for over four decades, this is the first documentary for Malick, whose films have always blended reality and poetry to create a truly unique voice in cinema.

Narrated by Brad Pitt, this trailer is for the 40-minute version, while the Cate Blanchett-narrated cut — titled Voyage of Time: Life’s Journey — runs 90 minutes and is a more poetic approach to the material — something akin to nature sections of The Tree of Life, we presume.

In the trailer, Pitt guides us through “the past, the present, and the future” as we see a images not unlike Malick’s 2011 film, going from the galaxies to animal and human life to a cityscape. See the trailer and poster below (via One Big Soul) for the Ennio Morricone-scored picture, and watch an 80-minute talk on the spirituality of The Tree of Life here.

Voyage of Time: The IMAX Experience will be released October 7th.