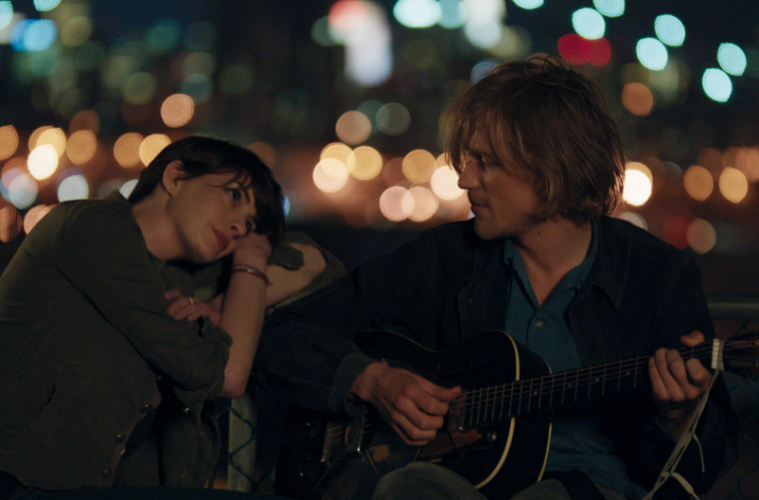 First Trailer For ‘Song One’ With Anne Hathaway and Johnny Flynn

With her recent Christopher Nolan collaborations and high-profile studio releases like Les Misérables, it might have seemed like Anne Hathaway has found little interest as of late in the world of independent films, but early next year we’ll see the release of one such drama. Song One, coming from director Kate Barker-Froyland, follows the actress’ character forming a relationship with a musician (Johnny Flynn) following a tragedy in her family.

Unfortunately, we weren’t fans of it at Sundance, saying in our review, “Sadly, Flynn’s abilities as an actor are sorely lacking. Forester is meant to be an apprehensive sort-of indie star who’s bout with writer’s block informs a growing lack of confidence. This results in many scenes of mumbled dialogue filled with non-discussions about nothing worthwhile. Hathaway doesn’t do much better, mining very little chemistry next to Flynn. The Oscar-winner looks noticeably uncomfortable here, and we never quite believe the tragedy of the situation.” With a score from Jenny Lewis and Jonathan Rice, check out the first trailer and poster below. Song One hits VOD and and theaters on January 23rd.