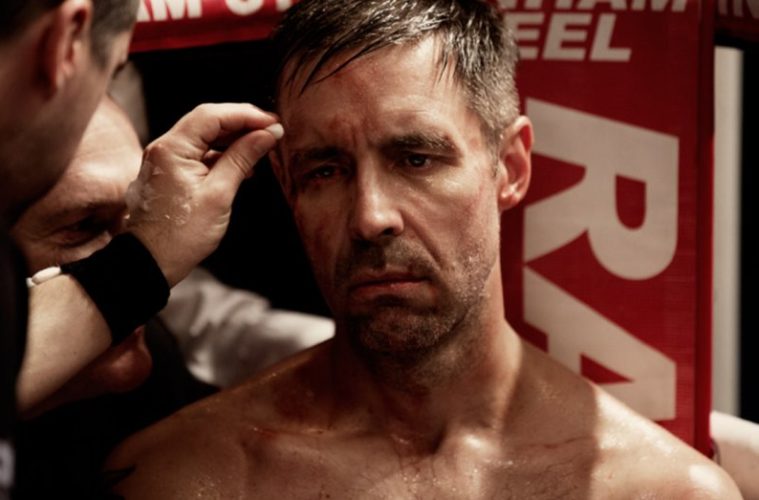 While he’s perhaps most notable on screen in films such as The World’s End and Bourne Ultimatum, Paddy Considine wrote and directed his debut feature film Tyrannosaur back in 2011. Now, he’s returned to the director’s chair for Journeyman, which follows Matty Burton (played by Considine) a boxer who suffers a head injury which affects his life far beyond the ring.

Thanks to Empire, a first trailer is now available, which effectively showcases Considine’s performance, as well as a film which looks both heart-wrenching and hopefully balanced by humanity. See the trailer below, along with a still and synopsis for the film that also stars Jodie Whittaker.

Boxer Matty Burton suffers a serious head injury during a fight. It is about the impact this has on his marriage, his life and and his family. Journeyman will hit theaters in the U.K. on February 16th.