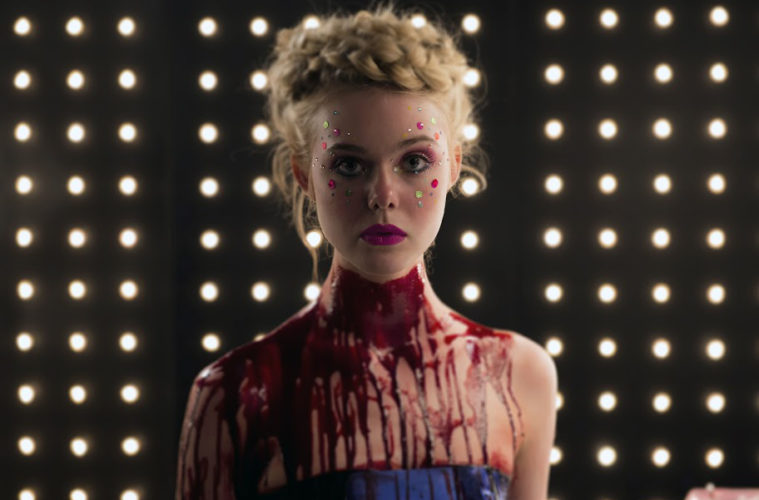 Drive and Only God Forgives director Nicolas Winding Refn is back with The Neon Demon this year. Starring Elle Fanning, Keanu Reeves, Christina Hendricks, Jena Malone, Abbey Lee, and Bela Heathcoate, the horror-thriller follows an aspiring model who moves to Los Angeles where her youth and vitality are devoured by a group of beauty-obsessed women who will go to any lengths to get what she has.

Recently announced to be part of the Cannes Film Festival competition line-up, Amazon Studios have dropped the first trailer ahead of a June release. Steeped in evocative, gorgeous imagery, we get the sense this is Winding Refn’s Suspiria-meets-Black Swan-esque take on the world of modeling, with some of the darker, flat-out bloody elements popping up towards the end of the preview.

“We describe the first half as a melodrama like Valley of The Dolls, and the second half is like Texas Chainsaw Massacre. It doesn’t seem to be a traditional horror film to me, but horror is the genre that it’s closest to,” composer Cliff Martinez recently said. “The first half of the film was kind of romantic so there’s a lot of romantic music. But then there’s some cold-blooded horror stuff too and I think could be really creepy.”

Check out the trailer below and see the soundtrack details here.

Those involved were also asked what The Neon Demon means to them, and you can read their answers below.

“Otherworldly beauty, but [also] the dark underbelly of that.”
– Jena Malone (Ruby)

“The industry and the city. It’s glossy and shiny but it will eat you alive.”
– Bella Heathcote (Gigi)

“A demonic force…camouflaged in glitter and stilettos.”
– Abbey Lee (Sarah)

“That kind of empty, shallow notoriety or celebrity that doesn’t really mean anything in the end and…eats people up and spits them out.”
– Karl Glusman (Dean)

“There’s something about the light – you can call it artificial light, but I guess all light is artificial besides the sun – and the neon quality of it. [There’s] something about those colors that attracts and repulses at the same time. And then there’s the demon part. What is the demon within; what is the demon on the outside? Is it ego? It may be a fear of death. Or desire. It’s all sorts of fun stuff.”
– Keanu Reeves (Hank)

“It makes me think of speed and a bunch of lights on Sunset. And the devil.”
– Desmond Harrington (Jack)

“The dark underbelly of beauty and the things we would do for beauty.”
– Christina Hendricks (Roberta)

“You have to talk to Nic about the title.”
– Mary Laws, co-writer

“Heading for the flashing light and the glamour but also that there’s something twisted and a darker side to it.”
– Lene Børglum, Producer

“It feels a little bit banal to try and explain it because it’s kind of the essence of the movie and whatever I say in English is going to sound very cheesy.”
– Natasha Braier, Cinematographer

“When you see neon lights, you think something is super glamorous. And I think that’s probably very misleading in most cases.”
– Nicole Daniels, Casting Director

“The demon within is highlighted? I don’t know.”
– Courtney Bright, Casting Director

“It’s going to be a title of one of the musical pieces.”
– Cliff Martinez, Composer

“It means it’s scary, you know? And I think it’s exciting, you know?”
– Alex Uceda, Caterer (Alex in the Kitchen)