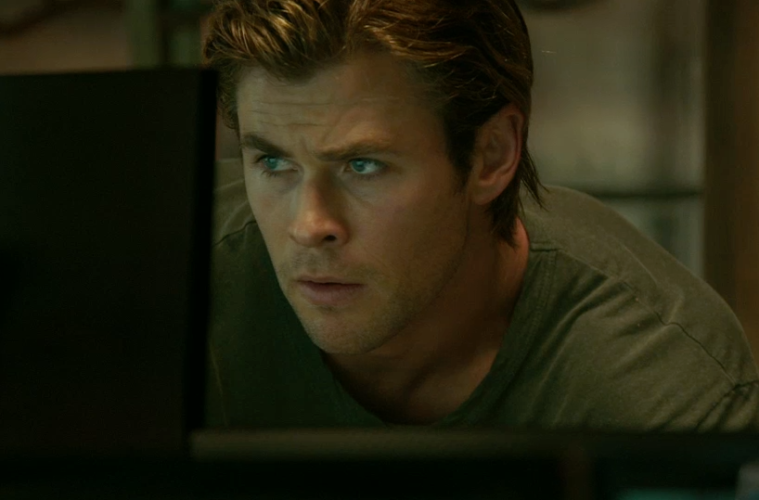 “Some of the most difficult stuff was, first of all, getting a basic understanding of computing, and then being able to jump on terminal, and kinda write code, which Chris [Hemsworth] did, with a lot of help from a lot of our friends, people that we recruited,” director Michael Mann recently told THR regarding his next thriller Blackhat. “Using his skills as a hacker, and to become part of, to become the engine of the storytelling, so that it embedded in the storytelling, how events occur in the story. Some of it is via hacking, in other words it’s not just a veneer on a thriller.”

Today finally brings the first trailer for Mann’s cat-and-mouse international heist thriller — his first film in more than five years — which starts off in Chicago and ends up in Kuala Lumpur, Hong Kong, and Jakarta. In it, we’re introduced to Hemsworth’s Nicholas Hathawy character, a convicted blackhat hacker who, while in the middle of a 15-year sentence, gets the opportunity to track down criminals across the globe. Check it out below (or on Apple), along with new photos and a recent discussion by Mann pertaining to the film.