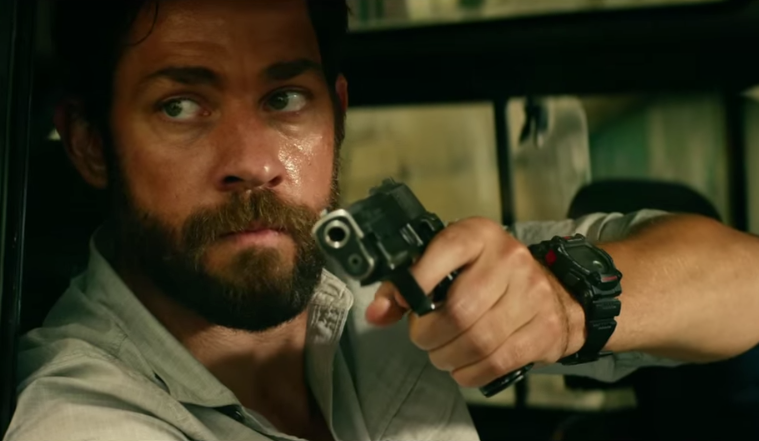 After Pain & Gain proved to be a welcome respite in a filmography recently overrun by robots, Michael Bay is taking yet another break from the Transformers series with a war drama. After a production which went surprisingly under the radar, Paramount has now released the first trailer for 13 Hours: The Secret Soldiers of Benghazi.

Set for a January release in the same timeframe where American Sniper and Lone Survivor did gangbusters at the box-office — although not getting an awards qualifying run like those films — Paramount is certainly hoping for the same success here. As someone who admires Bay’s visual style in spurts, particularly not when hampered down by his often idiotic script, this looks like a halfway decent drama.

For those not familiar with the 2012 event, the story follows the team of “security operators” responding when an Islamic militant attack resulted in the death of U.S. Ambassador J. Christopher Stevens. Led by John Krasinski, Dominic Fumusa, James Badge Dale, Max Martini and Pablo Schreiber, check out the trailer below for the Chuck Hogan-scripted project.