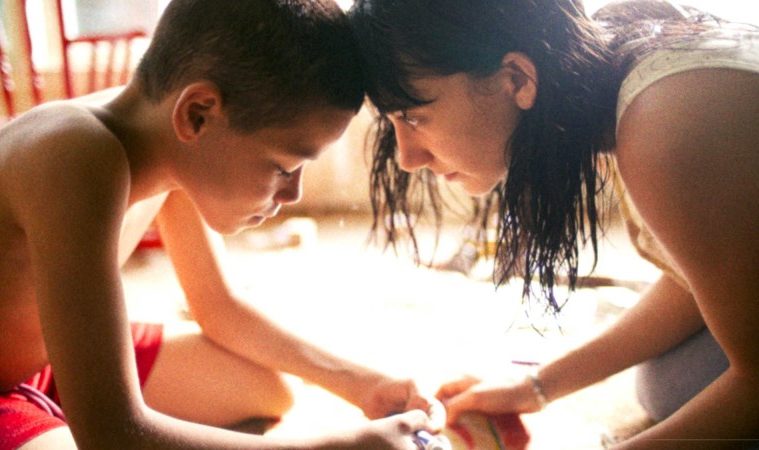 The Orchard has released the first trailer for their Sundance hit We the Animals, and by the looks of it, it seems the high praise the film received out of the festival was nothing short of deserving. Esteemed for its visceral nature and profound storytelling, We the Animals centers on Jonah (played by newcomer Evan Rosado), the youngest of three boys, and his young development through the socialization of his older brothers Manny and Joel, and his erratic parents (played by Sheila Vand and Raúl Castillo).

The debut trailer showcases the stylish strength of the film, displaying melodic cinematography from Zak Mulligan (I’m Not Me, Julian Got the Part, Obselidia). Taking select visual inspirations from Terrence Malick’s book of tricks, Jeremiah Zagar directs We the Animals from his and Daniel Kitrosser’s screenplay based off Justin Torres’ 2011 novel of the same title.

Us three. Us brothers. Us kings, inseparable. Three boys tear through their childhood, in the midst of their young parents’ volatile love that makes and unmakes the family many times over. While Manny and Joel grow into versions of their loving and unpredictable father, Ma seeks to shelter her youngest, Jonah, in the cocoon of home. More sensitive and conscious than his older siblings, Jonah increasingly embraces an imagined world all his own.

With a screenplay by Dan Kitrosser and Jeremiah Zagar based on the celebrated Justin Torres novel, We the Animals is a visceral coming-of-age story propelled by layered performances from its astounding cast – including three talented, young first-time actors – and stunning animated sequences which bring Jonah’s torn inner world to life. Drawing from his documentary background, director Jeremiah Zagar creates an immersive portrait of working class family life and brotherhood.

Courtesy of The Orchard, We the Animals will begin its limited theatrical run on August 17.