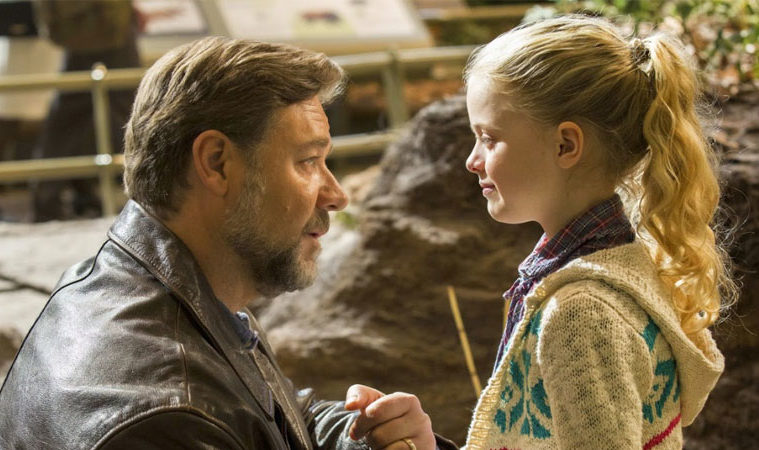 One title we expect to show up somewhere on the fall festival circuit is Fathers and Daughters, the latest drama from Gabriele Muccino (The Pursuit of Happyness, Seven Pounds). Coming from a Black List script by Brad Desch, it follows our titular characters, in two sections 25 years apart. Russell Crowe stars a a famous novelist and widower struggling with mental illness as he tries to raise his 5-year-old daughter. Amanda Seyfried takes the role of his daughter in the present-day, who we follow in Manhattan as she battles the aftermath of her troubled childhood.

While U.S. distribution has yet to be figured out, it’ll see a release in Japan this October and today brings the first trailer, which sells quite a sentimental drama. Also starring Aaron Paul, Bruce Greenwood, Diane Kruger, Jane Fonda, Janet McTeer, Octavia Spencer, Quvenzhané Wallis, and Kylie Rogers, check out the trailer below (via Vlicious), along with the first photos and a poster.

Update: Watch the U.S. and U.K. trailers for the film below.

Jake Davis (Crowe), a Pulitzer-winning novelist, finds himself fighting against the world when a fatal car accident leaves him to raise his 5-year-old daughter, Katie (Rogers), all on his own. Overcome with guilt from the loss of his wife, he struggles with the daily routine of raising a child compounded by his overbearing relatives intent on taking her away from him. As the narrative weaves back and forth between the 1980s, and present day, we come to learn how 30-year-old Katie (Seyfried) battles the demons that stemmed from her troubled childhood and simultaneously watch how Jake fights to hold on to the thing he loves most – his daughter, at the cost of his fortune, sanity, and ultimately even his own life.