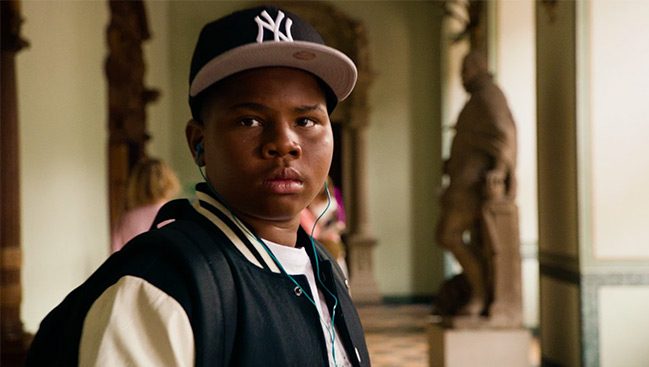 One of the most charming films at this year’s Sundance was Morris From America, Chad Hartigan‘s follow-up This is Martin Bonner. The film follows Morris (Markees Christmas) and his father Curtis (Craig Robinson, who won a Special Jury Award at Sundance for his performance) who now live in Heidelberg, Germany, with the latter working as a coach for a local soccer team and the former trying to acquaint himself as a stranger in a strange land. Also starring Carla Juri and Lina Keller, A24 picked up the infectious coming-of-age / father-and-son dramedy following its premiere and now the first trailer has landed.

As I said in my review, “Coming to Sundance with his tender character study This is Martin Bonner a few years back, director Chad Hartigan triumphantly returns with the coming-of-age comedy Morris From America, a stylistic leap forward that still retains a keen sense of humanity. Telling the story of our title character attempting to keep his identity while making friends in the foreign land of Germany, it’s also an acutely funny testament to single parenting and the specific bond it fosters when both sides put in their all.”

Check out the trailer below and our interview with the director and cast here.

A heartwarming and crowd-pleasing coming-of-age comedy with a unique spin, Morris from America centers on Morris Gentry (Markees Christmas, in an incredible breakout performance) a 13-year-old who has just relocated with his single father, Curtis (Craig Robinson) to Heidelberg, Germany. Morris, who fancies himself the next Notorious B.I.G., is a complete fish-out-of-water—a budding hip-hop star in an EDM world. To complicate matters further, Morris quickly falls hard for his cool, rebellious, 15-year-old classmate Katrin. Morris sets out against all odds to take the hip-hop world by storm and win the girl of his dreams.

Written and directed by acclaimed filmmaker Chad Hartigan (This is Martin Bonner), Morris from America won two prizes at this year’s Sundance Film Festival, the Waldo Salt Screenwriting Award and a Special Jury Award for Robinson, who has been receiving tremendous praise for his touching and nuanced performance in his first dramatic role. Poignant and funny in equal measure, Morris from America is a delightfully original take on growing up, following your dreams, and finding your voice.

Morris From America screens at BAMCinemafest and hits theaters on August 19th and Direct TV on July 7th.