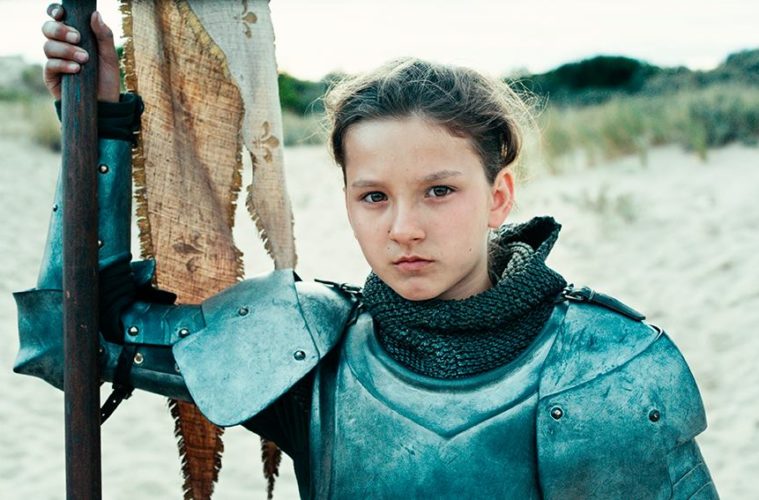 After premiering his sequel CoinCoin and the Extra-Humans, the follow-up to P’tit Quinquin, Bruno Dumont embarked on another expansion of his singular cinematic universe with the continuation of Jeannette: The Childhood of Joan of Arc. Titled Joan of Arc in the states and Jeanne in France, it follows the eponymous heroine as she triumphs over the English in the Hundred Years War, and is later put on trial for heresy and burnt at the stake. Ahead of a premiere at Cannes in Un Certain Regard, the first trailer and poster have now arrived, and those expecting another medieval metal jam session may be surprised.

Dumont spoke with us about his new musical approach last year, saying, “I loved the electronic score we used in Jeannette, but I felt like we had to change it. I think the idea of relying on electronic music worked well for that first half of Jeanne’s life, but does not quite fit with the way she evolves. As she grows older, we hit on a certain sadness. She is abandoned by the King, by the Church, and eventually condemned. How do you express that? How exactly do you capture the feelings she must be going through as she waits to kick the English out of France, the feelings of someone who’s abandoned by everyone? I think romantic music is far better suited to capture that feeling. And it’s important the audience gets that. Remember Joan of Arc is a mystical figure, but we can’t be too obscure about her. So I looked for a singer [Christophe] able to capture that melodic vibe.”

In the 15th century, both France and England stake a blood claim for the French throne. Believing that God had chosen her, the young Joan leads the army of the King of France. When she is captured, the Church sends her for trial on charges of heresy. Refusing to accept the accusations, the graceful Joan of Arc will stay true to her mission.

Bruno Dumont’s decision to work with a ten-year-old actress re-injects this heroine’s timeless cause and ideology with a modernity that highlights both the tragic female condition and the incredible fervor, strength and freedom women show when shackled by societies and archaic virile orders that belittle and alienate them.

Joan of Arc will premiere at Cannes Film Festival.