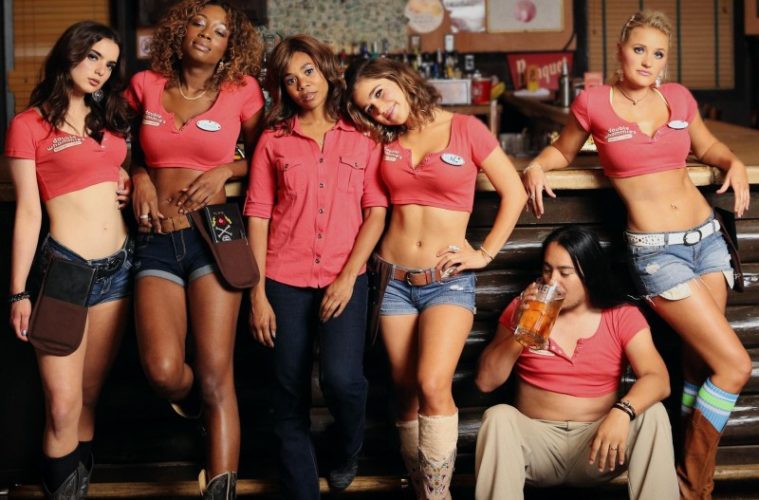 From his early so-called mumblecore days to his higher-profile features like Results, there’s been flashes of brilliance in all of Andrew Bujalski’s work, and now he’s created his best feature yet with Support the Girls. Starring Regina Hall, Haley Lu Richardson, Shayna McHayle, Brooklyn Decker, Jana Kramer, James Le Gros, Dylan Gelula, AJ Michalka and Lea DeLaria, the film follows a group of workers at a sports bar as they band together under the pressures of life and difficulties of the job.

John Fink said in his review from SXSW, “Bujalski as a filmmaker has created a film as fascinating as anything in his previous output. Similar to what he’s done for early computing, disabilities, and the fitness industry, he’s again demystified unseen worlds, finding gentle humor and drama in these settings. Support The Girls tackles diversity, racial identity, and an economy built on flirting and mutual exploitation. It’s a biting commentary on American labor and capitalism in the form of a mainstream crowd pleaser.”

Ahead of an August release, see the trailer and poster below courtesy of Magnolia Pictures.

Lisa Conroy is the last person you’d expect to find in a highway-side “sports bar with curves,”– but as general manager at Double Whammies, she’s come to love the place and its customers. An incurable den mother, she nurtures and protects her girls fiercely–but over the course of one trying day, her optimism is battered from every direction…Double Whammies sells a big, weird American fantasy, but what happens when reality pokes a bunch of holes in it?

Support the Girls opens on August 24 and On Demand, on iTunes and on Amazon Prime Video on August 28.