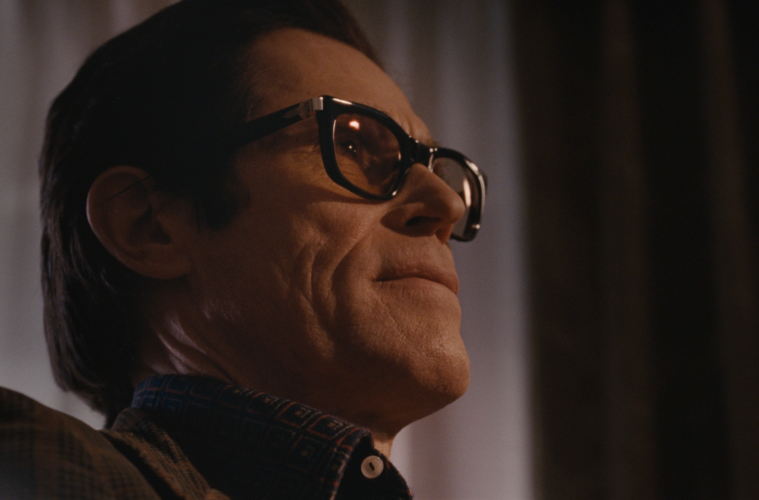 One of our most-anticipated fall festival titles will be debuting in a few days at Venice and today the first trailer has arrived. After (loosely) providing his take on Dominique Strauss-Kahn, Abel Ferrara has jumped to the tragic story of one of cinema’s greatest directors, Pier Paolo Pasolini.

Instead of a life-spanning biopic, Pasolini follows the perfectly cast Willem Dafoe as we track the director’s final days before he was murdered. Wrapping up Salò, or the 120 Days of Sodom as he visits family and friends, Ferrara said he perhaps has answers some have been seeking regarding this November night in 1975. We certainly can’t wait to see this one and the dialogue-free trailer doesn’t convince us otherwise. Check it out below, along with a batch of new photos (one being NSFW) and a poster.

Update: See another, full-length trailer below. The subject of a major, recent retrospective at TIFF Cinematheque, Pier Paolo Pasolini is a figure Italians still struggle to come to terms with. Poet, novelist, agitator, journalist, filmmaker, playwright, actor, painter, philosopher, communist, Catholic, homosexual; these descriptors do not fully contain the depth and scope of the man’s restless genius. Described by many, including writers like Alberto Moravia, as the most important postwar poet in Italy, Pasolini devoted the second part of his career to the cinema and made some enduring masterpieces in the process.

American director Abel Ferrara, another outlaw talent, has clearly found a soulmate in Pasolini. Starring Willem Dafoe, a dead ringer for Pasolini, Pasolini offers a kaleidoscopic view of the last day of the artist’s life, in 1975. Struggling with the censors as he is about to finish Salò, or the 120 Days of Sodom, pausing for an interview with a journalist that allows him to reflect on ideas of sex and politics, having lunch with his beloved mother with whom he shared a house, welcoming friends and former lovers — these are all moments that allow Ferrara to piece together the complex jigsaw puzzle that is Pasolini. And then, of course, there is his obsessive predilection for cruising the nocturnal streets of Rome in search of furtive sex.

Pasolini’s world has been meticulously researched, but in Ferrara’s hands this film is more than a sensitive reconstruction. He also draws from the new screenplay Pasolini had begun on at the time of his death and imagines what this work might have looked like. As the film moves towards that violent night on which Pasolini met his end, we comprehend the magnitude of the cultural loss that his death signified. Ferrara and Dafoe have done his legacy justice.

Pasolini premieres at Venice Film Festival and will stop by TIFF and NYFF.