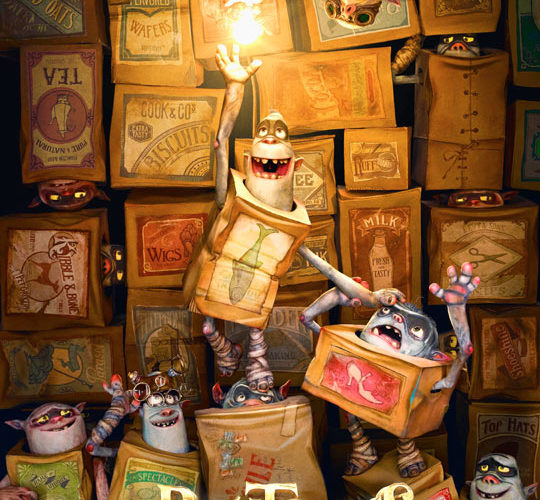 First Teaser For ‘The BoxTrolls,’ the Next Animation From ‘ParaNorman’ & ‘Coraline’ Team Although they’ve been in the business for less than a decade, Laika already has an impressive resume with just two features. Following 2009’s Coraline and 2012’s ParaNorman, it takes an extraordinary amount of time to put together these stop-motion animations and while their next film won’t be hitting until late 2014, we’ve already got our first teaser.

Directed by Anthony Stacchi (Open Season) and Graham Annable (who worked on the story for both of the company’s previous films), The BoxTrolls is based on Alan Snow’s novel Here Be Monsters and follows a group of sewer-dwelling oddballs, who are perceived as dangerous, but in fact have raised a orphan boy. This first look is very much a teaser, but gets us excited at the possibilities for this one. Check it out below, along with the poster, for the film featuring Ben Kingsley, Isaac Hempstead-Wright, Elle Fanning, Jared Harris, Toni Collette, Nick Frost, Richard Ayoade, Tracy Morgan and Simon Pegg.

If the above trailer doesn’t work in your country, watch below: