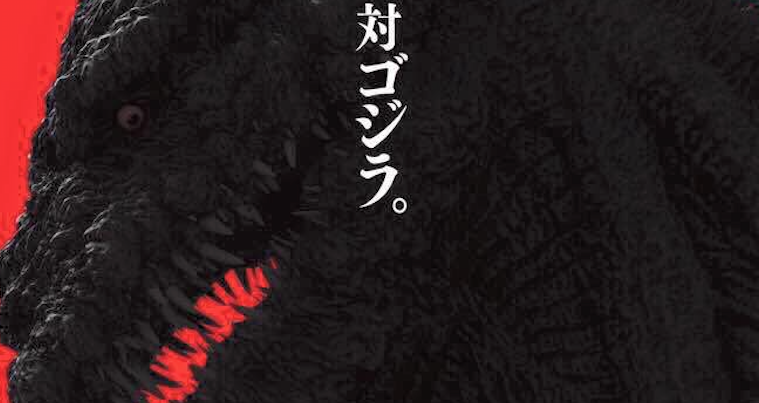 Get ready for a whole lot more Godzilla. After Gareth Edwards delivered a reboot of the franchise last year, Warner Bros. is set to release the sequel on June 8th, 2018, but before that Kong: Skull Island will arrive on March 10th, 2017, both leading up to Godzilla vs. Kong in 2020. Why the newfound fascination you might ask? “I’m juvenile. I wanted to see them fight,” Legendary CEO Thomas Tull recently said, giving perhaps the best answer a financier ever has for backing a multi-billion dollar franchise.

Before all that Hollywood hoopla however, Toho will release the 29th film in their franchise — and their first in over a decade — Godzilla: Resurgence. Coming from directors Hideaki Anno (Neon Genesis Evangelion) and Shinji Higuchi (known for his visual effects for the Gamera trilogy, and many more projects), the first teaser has arrived today. And what a tease it is, not showing off our lead monster, but rather just a recognizable growl as familiar shots of a screaming population run rampant down the street. While not much can be gleaned, it’s clear to see Toho took no formal influence from Edwards’ more disciplined camera movement.

Starring Hiroki Hasegawa, Yutaka Takenouchi, and Satomi Ishihara, check out the teaser and poster below.