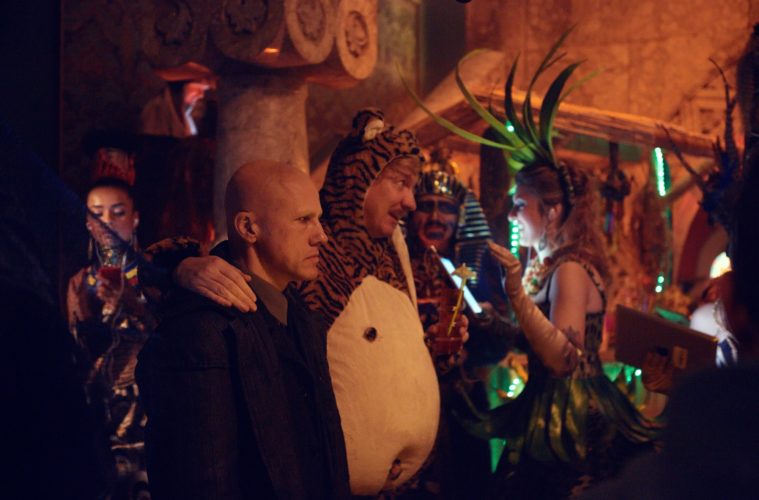 Set to bow in just under two weeks at Venice Film Festival, Terry Gilliam‘s The Zero Theorem is certainly one of our most-anticipated projects on the fall circuit. Led by Christoph Waltz, the debut poster (via IMPAwards) has now landed, as well as a new still and a statement from the director himself. Without, thankfully, getting into any heavy plot details, Gilliam provides a nice overview and one can check out everything below for the film also starring Tilda Swinton, Matt Damon, David Thewlis, Ben Whishaw, Peter Stormare, Sanjeev Bhaskar and Melanie Thierry. When I made Brazil in 1984, I was trying to paint a picture of the world I thought we were living in then. The Zero Theorem is a glimpse of the world I think we are living in now. Pat Rushin’s script intrigued me with the many pertinent questions raised in his funny, philosophic, and touching tale. For example: What gives meaning to our lives, brings us happiness? Can we ever find solitude in an increasingly connected, constricted world? Is that world under control or simply chaotic?

We’ve tried to make a film that is honest, funny, beautiful, smart and surprising; a simple film about a complex modern man waiting for a call to give meaning to his life; about inescapable relationships and the longing for love; peopled with captivating characters, mouthfuls of wise and witty dialogue; raising questions without offering easy answers. Hopefully, it’s unlike any film you have seen recently; no zombies, no caped crusaders, no aliens or gigantic explosions. Actually, I might have lied about that last item.

Having not worked with a budget this small for several decades, I was forced to work fast and instinctively, pressured only by the lack of time and money. We relied on the freedom to spin on a dime, to make outrageous creative leaps. The results surprised even me. I’m proud to have been part of The Zero Theorem.