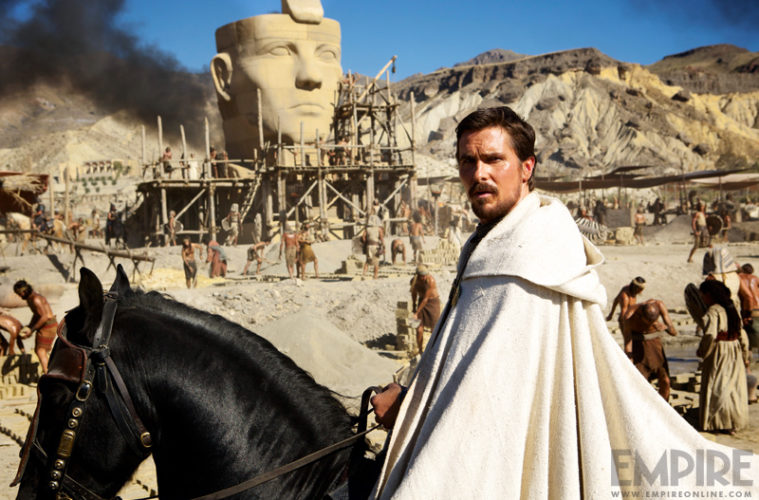 After giving us one of the most overlooked films of the year with the Cormac McCarthy-scripted The Counselor, Ridley Scott is returning to the arena of big-budget epics with next winter’s take on Moses, Exodus. Led by Christian Bale, the film fairly quietly began production this past fall and today brings our first look. Above one can see our lead character, the prince of Egypt, on horseback, coming from Empire.

Also starring Joel Edgerton as Egyptian ruler Ramses, the film’s supporting cast includes Aaron Paul, Sigourney Weaver, John Turturro and Ben Kingsley. Despite how one feels about Scott’s films as of late, he’s consistently been able to bring an epic scale to his works, and with this project reportedly being his biggest yet, hopefully great things are in store. Exodus will ride into theaters on December 12th, 2014.

What do you think of our first official image?