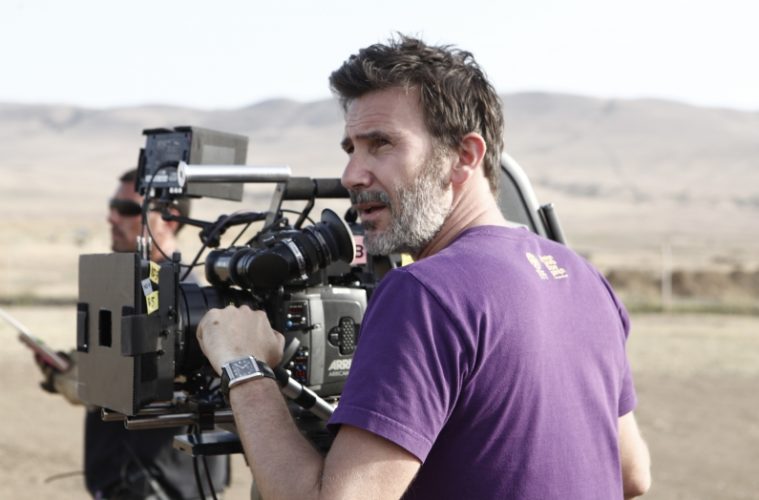 After taking top honors at the Academy Awards for his black-and-white silent drama The Artist, things were fairly quiet when it came to director Michel Hazanavicius‘s follow-up, a modern-day riff of Fred Zinnemann‘s 1948 film The Search. Revolving around a displaced mother’s tireless search for her son (in the original, it was a young Auschwitz survivor in the aftermath of WWII), we finally got an update earlier this month that production had actually been secretly underway for five weeks.

While there’s no reveal of Bérénice Bejo as an NGO employee on assignment in Chechnya, or Annette Bening in her undisclosed role, the first official behind-the-scenes images have now landed. Featuring our director on set, we can glean that this effort is one of a much bigger scale than his previous work, complete with a couple of helicopters. As we await for more information, check out the images below, along with the original film in full. [Allocine] The Search will likely be released in 2014.