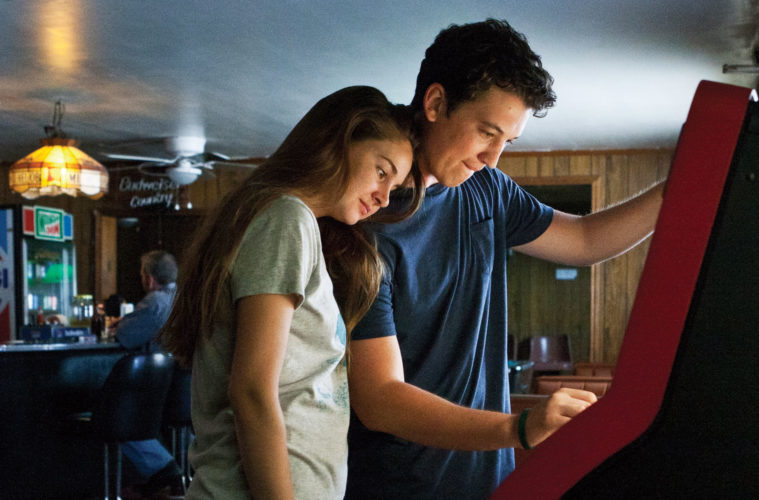 Two talented filmmakers brought their features to Sundance this year and now they’re back again in 2013, as the initial line-up indicated, and we’ve got the first looks from both. First up, Smashed director James Ponsoldt has returned with a new drama, titled The Spectacular Now, and above one can see The Descendants star Shailene Woodley as well as Rabbit Hole‘s Miles Teller. The film, also starring Brie Larson, Jennifer Jason Leigh, Mary Elizabeth Winstead and Kyle Chandler, follows Sutter, a “high school senior who lives for the moment” and Aimee,  “the introvert he attempts to save.” The synopsis adds, “as their relationship deepens, the lines between right and wrong, friendship and love, and “saving” and corrupting become inextricably blurred.”

We’ve also got the first image from the next film by writer/director Lynn Shelton, who gave us both Your Sister’s Sister and Humpday. Titled Touchy Feely, Rosemarie DeWitt reteams with Shelton in the film that follows “a massage therapist who is unable to do her job when stricken with a mysterious and sudden aversion to bodily contact. Meanwhile, her uptight brother’s foundering dental practice receives new life when clients seek out his “healing touch.” Below one can see DeWitt with Josh Pais in the film also starring Allison Janney, Ron Livingston, Scoot McNairy and Ellen Page.