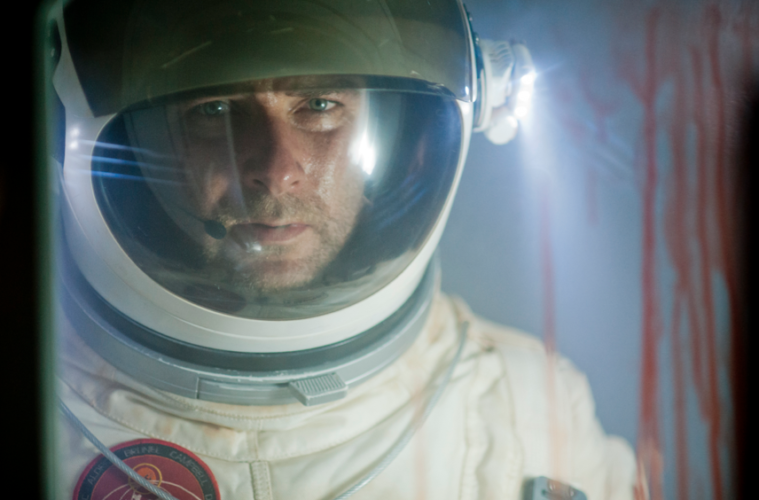 My hope for Ruairi Robinson‘s debut sci-fi feature Last Days on Mars is something akin to Duncan Jones‘ Moon. After working in shorts and commercials for each of their respective early careers, the latter debuted a bold feature in the genre on a tight budget. Robinson, who is already Oscar-nominated for one of his shorts, will hopefully take the same route for his full-length debut.

We’ve got the first image from the film today featuring a serious Liev Schreiber looking a blood-splattered window. There’s not a wealth of information to go on, but it’s an exciting first look for the film which follows “a group of astronaut explorers [who] succumb one by one to a mysterious and terrifying force while collecting specimens on Mars.”

From that description, it could be any number of fairly generic space thrillers, but here’s hoping for something great with this one. And if his most recent short, the Max Records-starring Blinky is any indication, Robinson (who also worked on the now scrapped Akira) could have something great up his sleeves. Also starring Olivia Williams, Elias Koteas, Romola Garai and Johnny Harris, the film has yet to secure US distribution but will hopefully arrive in theaters by next year.