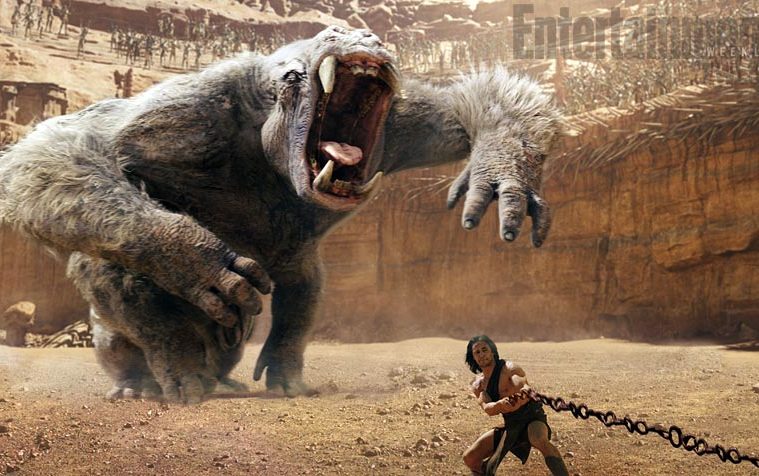 I wonder how Taylor Kitsch will get out of this one. We saw the first trailer for Pixar director Andrew Stanton‘s first live-action adventure, John Carter, debut to mixed response. But I was excited for his scope and was glad that Disney seemed to be hiding many of the surprises for the feature film. They are beginning to unveil this alien world though, and we have our first look at a monster via Entertainment Weekly, which can be seen above.

In the action scene, Stanton describes that Kitsch is imprisoned and needs to escape while being chained up and being chased by this massie white ape. He won’t reveal how Carter will escape, but the huge creature that has a great sense of smell can’t see, so there is some advantage there. There is another trailer completed and coming soon, but for now check out the first tease below.