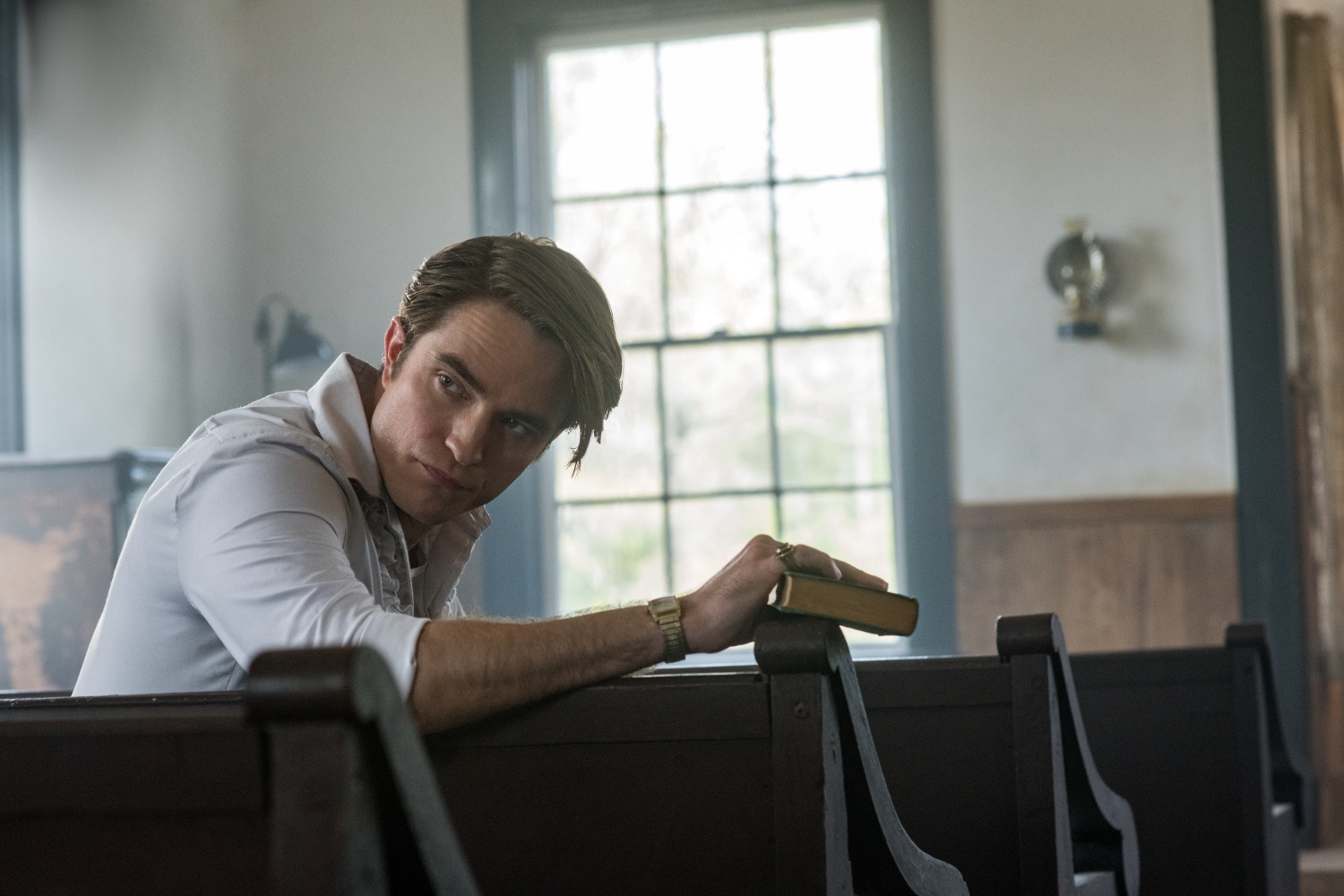 Few films arriving this fall boast a more impressive cast than that of The Devil All the Time, the latest film from Simon Killer and Afterschool director Antonio Campos. Featuring Tom Holland, Bill Skarsgård, Riley Keough, Jason Clarke, Sebastian Stan, Haley Bennett, Harry Melling, Eliza Scanlen, Mia Wasikowska, and Robert Pattinson, the Netflix film will be skipping fall fests, as is the case with all their releases, but will arrive globally on September 16.

Based on Donald Ray Pollock’s novel, it’s an explosive Midwestern Gothic tale spanning two decades, in which sinister characters converge around young Arvin Russell as he fights the evil forces that threaten him and everything he loves. Judging from Campos’ past work, hopefully he brings a fierce, emotional vision to the adaptation.

“It was a hard book to adapt also because there was so much that we loved,” Campos tells EW. “I’m a big fan of southern gothic and noir and this was a perfect marriage of the two. Sometimes you might be adapting a piece and you think like, Well, there is a seed of a good idea here and I’ll just throw everything away and start from scratch. In this case it was like, we love everything!”

The first images have now landed, which one can see below along with the synopsis.

In Knockemstiff, Ohio and its neighboring backwoods, sinister characters — an unholy preacher (Robert Pattinson), twisted couple (Jason Clarke and Riley Keough), and crooked sheriff (Sebastian Stan) — converge around young Arvin Russell (Tom Holland) as he fights the evil forces that threaten him and his family. Spanning the time between World War II and the Vietnam war, director Antonio Campos’ THE DEVIL ALL THE TIME renders a seductive and horrific landscape that pits the just against the corrupted. Co-starring Bill Skarsgård, Mia Wasikowska, Harry Melling, Haley Bennett, and Pokey Lafarge, this suspenseful, finely-woven tale is adapted from Donald Ray Pollock’s award-winning novel.

The Devil All the Time hits Netflix on September 16.