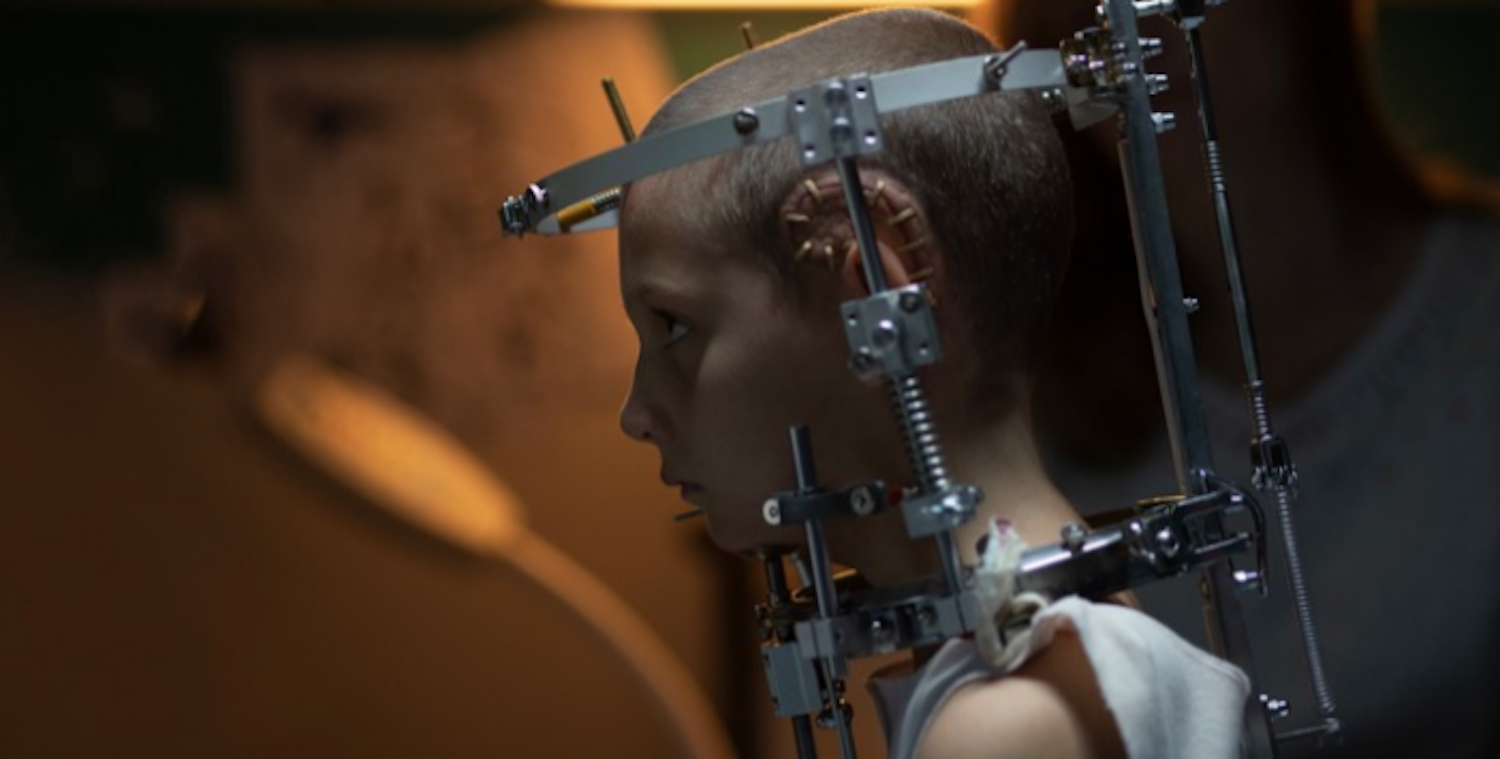 After impressing with her debut theatrical feature Raw––which depicted a vegetarian’s first week at veterinary school, when they soon develop a taste for meat of the human variety––we’ve been waiting to see what director Julia Ducournau would be cooking up next.

NEON has now confirmed her next feature Titane will be released in 2021, alongside a slate that also features Apichatpong Weerasethakul’s Memoria, Céline Sciamma’s Petite Maman, Pablo Larrain’s Spencer, and the Sundance highlight Flee. Starring Natalie Boyer and Vincent Lindon, check out the first image from Titane above and the mysterious synopsis below, with a hat tip to Jason Adams.

A young man with a bruised face is picked up by airport customs officers. He claims to be Adriane Legrand, who disappeared as a child ten years ago. For Adriene’s father Vincent, a long nightmare has finally come to its end, and he takes the young man home. At the same time, a series of gruesome murders is ravaging the area…

As we await the first trailer and premiere news, watch a conversation with the Raw duo below.