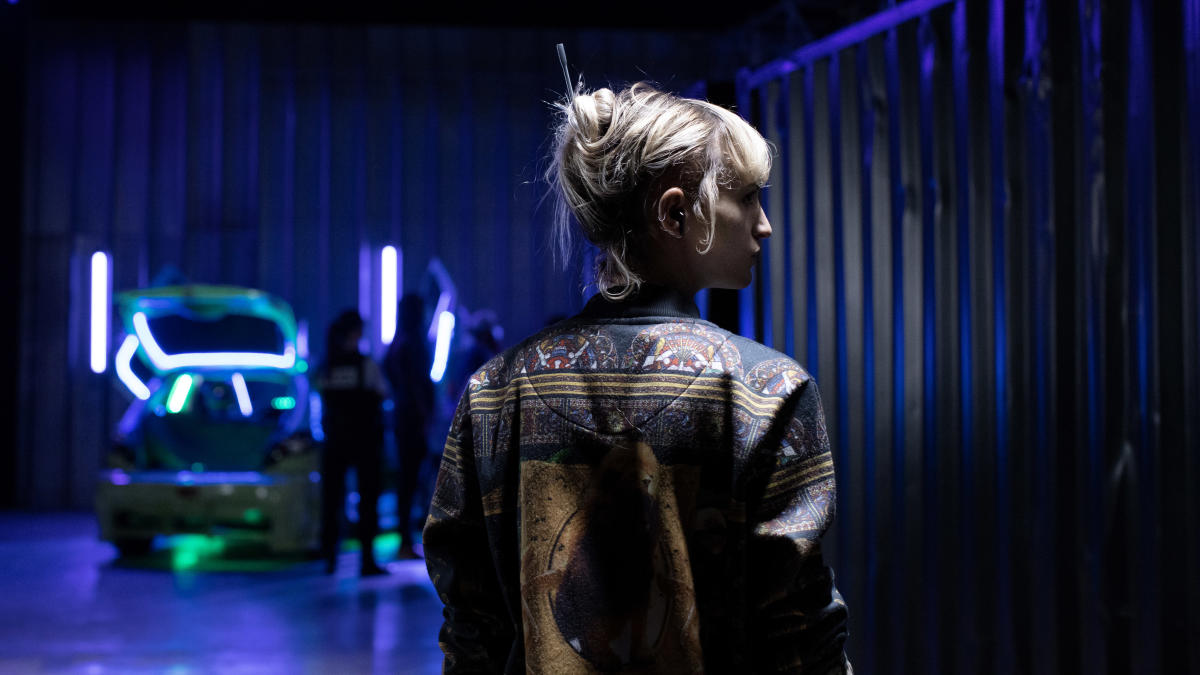 With Cannes returning this year but pushed back two months from its normal May slot, it means the wait between premiere and theatrical release for most films is thankfully a bit shorter than usual. Such is the case for the toast of the festival, Julia Ducournau’s Palme d’Or winner and Raw follow-up Titane, which will arrive on October 1 from NEON. Ahead of stops at NYFF and Fantastic Fest, a new red band trailer has now arrived.

Rory O’Connor said in his review, “Julia Ducournau, a Parisian whose debut Raw became the breakout success of the Critics’ Week sidebar at the 2016 Cannes Film Festival, returns to the South of France last week in Competition—a sharp ascendency—and it has been nothing short of sensational. An experience as invigorating as a pair of jumper cables, it premiered halfway through the second week as late-fest fatigue was descending on the Croissette and seemed to almost singlehandedly wake the festival back up—enough at least to capture the eyes and imagination of Spike Lee’s Jury who have awarded it the Palme d’Or; a truly shocking, punky choice that made Ducournau only the second woman in history to collect that award.”

Watch the red band trailer below.