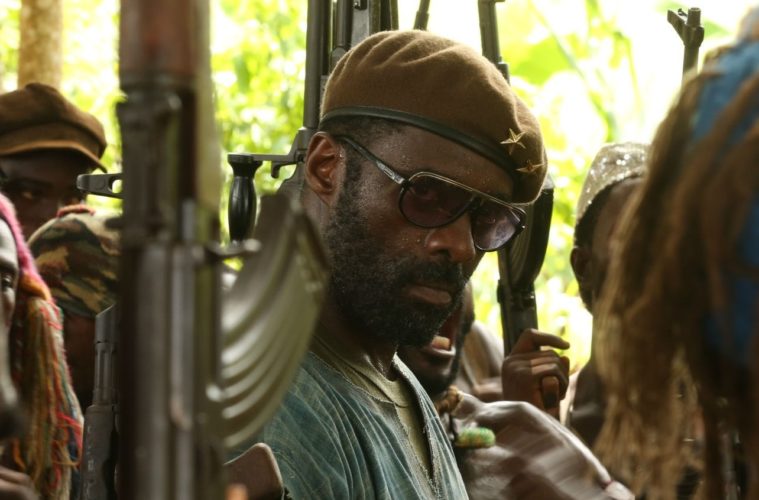 If Sin Nombre and Jane Eyre didn’t do it already, HBO’s True Detective certainly put Cary Fukunaga on the map. After helming all eight episodes of the hit crime show, the up-and-coming director jumped to his third features, Beasts of No Nation. Currently in production in Ghana, the first image from the highly-anticipated drama has arrived courtesy of Deadline.

Led by Idris Elba, one can see him below, starring in Uzodinma Iweala‘s story, adapted by Fukunaga. It centers around a young boy, Agu, who, when civil war engulfs his West African country, is forced to join a unit of mercenary fighters. Not only must Agu face the death of his father and disappearance of his mother and sister, but must also join a life of violence and brutality, which is where Elba’s character figures in. Agu befriends a mute boy named Strika and together they face the crimes and hardships of war. As we await news on its premiere, check out the photo below. Beasts of No Nation will likely premiere next year.