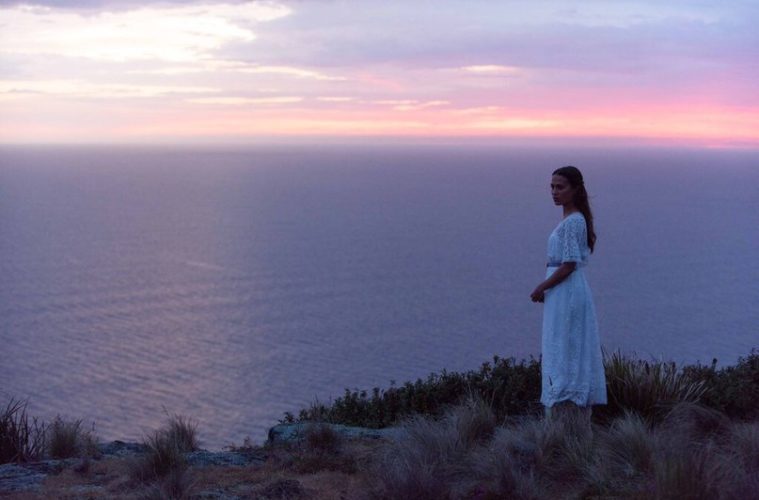 After crafting the rather ambitious triptych-structured The Place Beyond the Pines, director Derek Cianfrance headed into adaptation territory for his next drama. From author M. L. Stedman, The Light Between Oceans follows a lighthouse keeper on a remote island in Australia who, with his wife, rescues a baby they find in a rowboat and raise it as their own. Led by Michael Fassbender, Alicia Vikander, and Rachel Weisz, we hoped it would arrive this year, but that won’t be the case.

To help with the wait, a reader has sent in the first image, seen above. While we can’t locate the official source, that is certainly Vikander standing in front of an ocean, with a fair amount of fading light, so we’ll take their word for it. With some test screenings occurring earlier this year, the only hint of quality we were offered is from Deadline, noting that “[the film] has spectacular buzz attached to it, with many who have seen working cuts of the film — officially still in post — proclaiming it one of the most powerful and emotional dramas they have seen in years.”

While DreamWorks has yet to set a U.S. release, the U.K. date was just pushed back a year to January 2017, so don’t expect a good deal of chatter around this one until next fall. In the meantime, perhaps have a gander at the best-selling book.

Update: See a new photo below.

Are you looking forward to the film? Have you read the book?