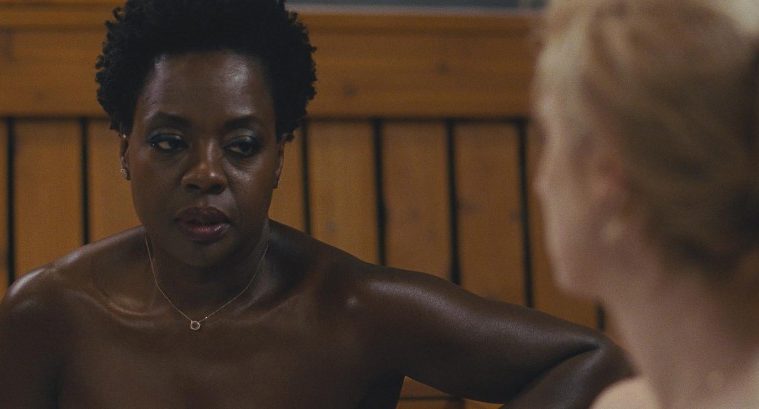 Following up his Oscar-winning drama 12 Years a Slave, Steve McQueen is switching things up and going genre with his next feature: the crime drama Widows. Based on the British television series, featuring a script co-written by Gone Girl‘s Gillian Flynn, the film boasts one of the year’s best casts, including Viola Davis, Cynthia Erivo, Michelle Rodriguez, Elizabeth Debicki, Daniel Kaluuya, Colin Farrell, Robert Duvall, and Liam Neeson.

Although it doesn’t debut until November, the first trailer will arrive this Monday, and ahead of that, the first images have landed for the story about four widows who come together to finish a robbery after their crooked husbands are killed on the job.

“I remember seeing Lynda La Plante’s TV show Widows at 13 years old. The idea that these women achieved something no one thought they had the capability of doing left a big impression on me, especially at a time in my life when I was being judged in the same way,” McQueen tells Chicago Sun-Times. “Many years later, when I first came to Hollywood, I was struck by how many talented actresses weren’t working. I decided then that after I made a movie about slavery that I wanted to make a female-driven film.”

Speaking more about shooting on location in the Windy City, he adds, “Chicago has so many levels of interest to me. Political, racial, religion, policing, criminality and how all of those networks at some point cross over and have a relationship to each other.” Daily Mail also debuted new images and shared a quote from producer Ian Canning: “Steve is an artist but also a documentarian of life. It’s also beautiful to see it underpinned by diversity and nuances of empowerment.”

We’ll have much more early next week, but for now, see the first images above and below.