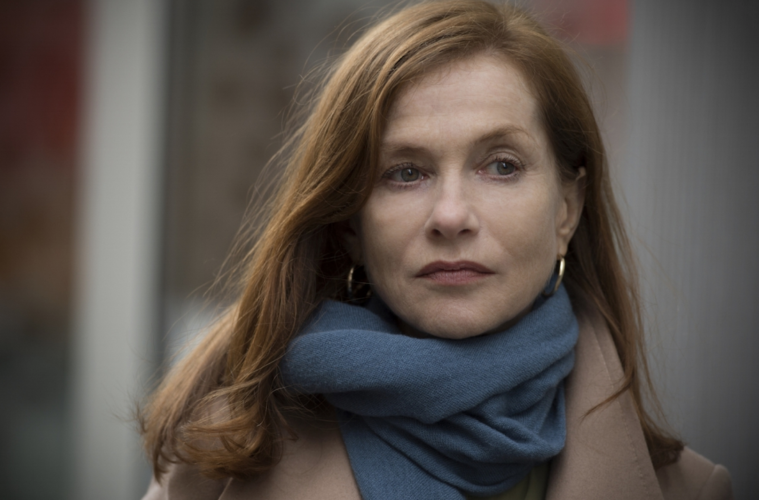 First Images From Next Films By Michel Gondry, Paul Verhoeven, and More

Michel Gondry (Mood Indigo, Eternal Sunshine of the Spotless Mind) recently went back to work, crafting his next film, Microbe and Gasoil, and today brings the first image. The dramas stars two young newcomers in the lead roles (Ange Dargent and Théophile Baquet), who are joined by Audrey Tatou (Amelie). We follow the two boys who decide to build their own car and road trip across France without their parents. The image (seen above via Film Divider) conveys the homespun aesthetics that the director has previously utilized, with the two newcomers seemingly fitting perfectly in the Gondry universe. Although no U.S. date has been set, it’s expected to arrive in France this July.

The first images from Paul Verhoeven‘s highly-anticipated Elle have also surfaced online. The revenge drama stars Isabelle Huppert, Laurent Lafitte, and Anne Consigny, and one can read the official synopsis below.

“When Michelle, the CEO of a gaming software company, is attacked in her home by an unknown assailant, she refuses to let it alter her precisely ordered life. She manages crises involving her 75-year-old sex kitten mother, her imprisoned mass murderer father, her spoiled and immature son, her ex-husband and her lover, all with the same icy equanimity. This is the approach she brings to the situation when it appears that her assailant is not finished with her. As the mysterious stalker hovers in the shadows of her life, taunting her, Michelle cooly stalks him back. What emerges between Michelle and her stalker is a kind of game, a game that soon spirals out of control.”

There is understandable interest here as it is only the second made by the Dutch director since 2000. The premise of the story certainly sounds up Verhoeven’s alley given his experience and unique approach with kitschy, exploitative material. Hopefully different from your usual revenge tale of this nature, check out the images below for the film which will be released next year.

Update: Images removed at the request of the producers.

The first image of the upcoming film Genius was also released. The drama is a biopic about the renowned literary editor Maxwell Perkins who worked with such greats as Ernest Hemingway, Thomas Wolfe and F. Scott Fitzgerald. Colin Firth stars as Perkins and Jude Law is playing Wolfe and they are in good company with the likes of Nicole Kidman (Aline Bernstein), Dominic West (Hemingway), Guy Pearce (Fitzgerald) and Laura Linney (Louis Saunders). The project was directed by Michael Grandage with a script by John Logan based on the book Max Perkins: Editor of Genius by A. Scott Berg. Check it out below for the film recently picked up by Roadside Attractions.

On the animation front, Early Man from Nick Park (Wallace and Gromit) and Aardman studios, won’t be finished until 2018, but the first art has surfaced, thanks to Film Divider. The film from one of the most acclaimed European animated studios will be about the first ever football (soccer for us North Americans) game played by cavemen.

The still is full of wonderful little Easter Eggs for fans of the studio and their earlier properties. We see a caveman looking at cave paintings of Wallace and Gromit, one of my personal childhood favorites. Underneath them is a representation of the chickens from the beloved film Chicken Run and finally some wonderful trademark sheep presumably from the forthcoming Shaun the Sheep. Overall, the image doesn’t reveal much about the film bu reminding us about all their previous beloved titles is a good way to ramp up excitement. Like our most beloved directors with perfect or near-perfect track records, the studio generates excitement merely by announcing their next project, so check back in a few years when we can actually see it.