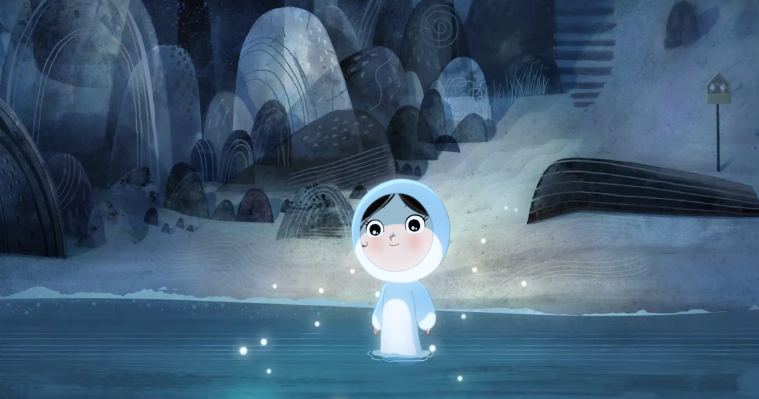 First Gorgeous Trailer For ‘Song of the Sea,’ From the Director of ‘The Secret of Kells’ Five years ago, Ireland’s Tomm Moore delivered the acclaimed animation The Secret of Kells, which went on to be amongst superb company at the Academy Awards, nominated alongside Fantastic Mr. Fox, Coraline, and the eventual winner, Pixar’s Up. As is usually the case with animation, it’s taken some time for him and his team at Cartoon Saloon to complete their next project, but today we finally have the first glimpse.

Song of the Sea pulls from Irish folklore, particularly the mythological Selkies, beings who live as humans on land, but seals in the skin. With voice acting from Brendan Gleeson, Fionnula Flanagan, David Rawle, Lisa Hannigan, Pat Shortt, Jon Kenny, Lucy O’Connell, Liam Hourican and Kevin Swierszsz, the story focuses on siblings Ben and Saoirse (who is the last Seal-child) who embark on a grand adventure.

While the teaser is brief, it showcases stunning detail and should place it on everyone’s radar if it wasn’t already. While a U.S. premiere hasn’t been set yet, it’s aiming to be released internationally by the end of the year, so hopefully we’ll see it pop up on the festival circuit before a likely 2015 release here. In the meantime, check out Moore’s debut on Netflix and the teaser below. Song of the Sea will be released by GKIDS in the United States.