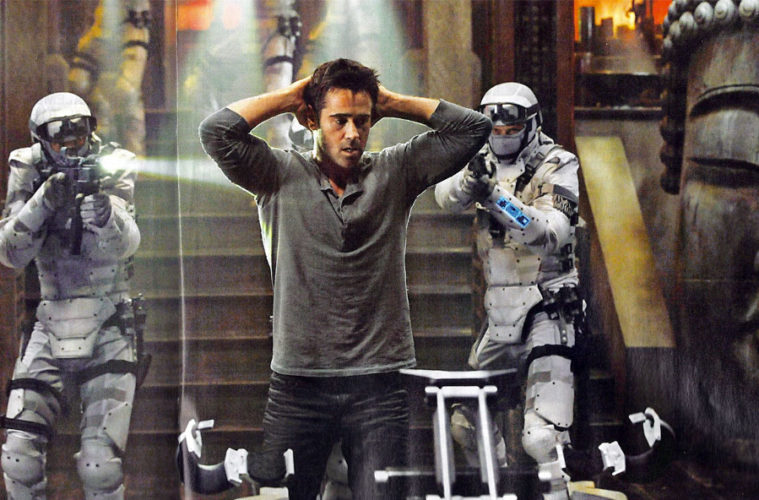 Considering his past track record, there isn’t much that can get me excited for Len Wiseman‘s remake of Total Recall. Forgoing the Mars aspect of the Arnold Schwarzenegger original, this update stars Colin Farrell, Kate Beckinsale, Bryan Cranston, Jessica Biel, Bill Nighy, Ethan Hawke and John Cho.

Outside of some set photos and a still we haven’t seen much of the August blockbuster, but today a reader has passed a long a brief international promo that gives us our first glimpse at footage. It is more of an ad for the “recall fantasy,” but at least we can see how ridiculous Cho looks as well as some of the futuristic world. It all looks a bit too manufactured for my tastes, but I’ll wait until a full trailer to judge further. Check it out below.

Edit: Removed at the request of Sony Pictures.

As the nation states Euromerica and New Shanghai vie for supremacy, a factory worker (Farrell) begins to suspect that he’s a spy, though he is unaware which side of the fight he’s on.