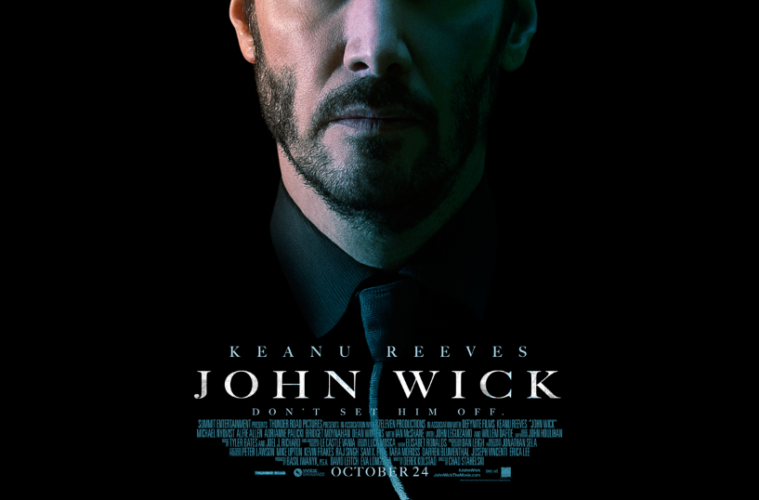 A film that has ambitions beyond the standard action flick perhaps isn’t what you would expect from first-time director Chad Stahelski, but that’s exactly what one gets with the rollicking and deliriously fun John Wick. Keanu Reeves (whom Stahelski started his career by being a stunt double for on Point Break) might be celebrating his 50th birthday but he shows that he still has the chops to pull off the stoic hero that can both quip and battle with the best of them. This is an achievement on an action level that might not break new ground, but it’s an extremely focused and competent crowd-pleaser. On top of that, there’s also mythology and a sense of intelligence that elevates the offering from your standard fare in the genre.

John Wick is a former Russian hitman with the kind of reputation that even makes his former boss quiver. He’s left behind his violent life but when his wife dies and he makes the wrong random acquaintance, he is dragged back into his past. While much of that — spoiler alert — has to do with a puppy (it’s symbolic!), the way it’s pulled off establishes enough emotional depth that you can forgive the ploy. So, John is unleashed on his attackers in a streak of cold vengeance that leaves everyone in his wake.

The film makes no bones about being an action film first. The furious camerawork is perfectly able to capture the fight sequences and instead of switching to a different angle to blur one’s perspective, the director opted to use the angles to benefit our viewpoint and keep things in frame. Having worked on The Matrix, 300, and more, Stahelski’s stunt coordinator background is readily apparent. It’s a constant gripe that so many of today’s genre films fail to understand the beauty of well-choreographed action that doesn’t rely on stitching things up in the editing room, and John Wick nails this aspect. It’s not just the way things are shot, either, as the fight sequences have a brutality that make them almost lyrical. Shades of MMA are seen, with holds, throws, and quick rolls, but even the gunfights take on a charm. Wick is able to nail foe after foe with quick bursts in the chest and, a staple in the this sort of film, the always crowd-pleasing headshot. The opening minutes amusingly establish just how much Wick is feared and respected. It’s this constant admiration he receives which produces a charming humor that permeates the entire film. The mythology comes into play in the way gold coins are exchanged for “assassin”-based rewards. Dead bodies are disposed of, secret hotel bars are opened, and a hitman’s hideout in Continental Hotel is paid for without anything so much as a coin. They’re earned and passed around and it is just another wrinkle that builds this film into something more energetic and enjoyable.

However, the main draw here is how great of a cast that has been assembled. Along with Michael Nyqvist hamming it up as Wick’s former employer and the central villain, there’s also fellow hitmen (and women) played by Willem Dafoe and Adrianne Palicki (who gets a great fight scene that is a true highlight). The world is built and peppered with so many talented supporting actors that it’s refreshing to see them being allowed to have fun. The frequent use of hard rock music, with Marilyn Manson’s signature growl popping up twice, litters the film with bravado. Characters may surround him, but the film makes no bones that Reeves is the central highlight and makes adequate use of his action persona, and even allows him to show a bit of range as well.

In the end, John Wick is the kind of slick, humorous and overall entertaining action film that makes one want to embrace the theatrics and relax. It overstays its welcome a bit, but Stahelski inserts some unique touches to keep things moving along, including making certain subtitles pop with color for emphasis to spice things up. Reeves has had a bit of a resurgence lately, with his own entertaining directorial debut last year in Man of Tai Chi and now John Wick. Hopefully audiences are paying attention, because this is a welcome new era of action for the actor.