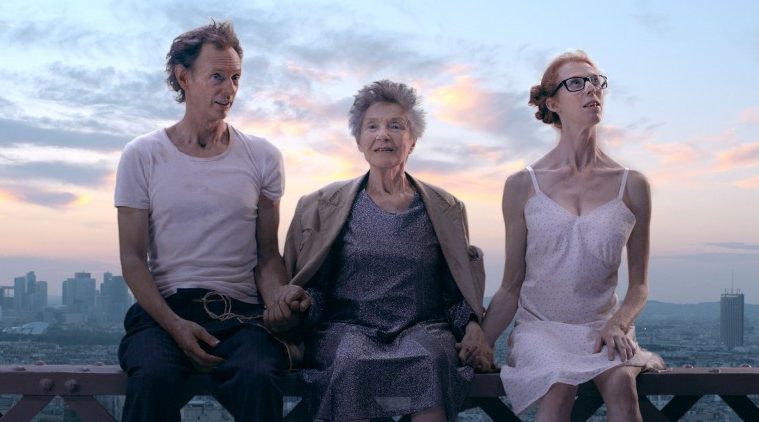 Emmanuelle Riva Gets Whimsical in U.S. Trailer for ‘Lost in Paris’

With the genre of physical comedy sorely lacking in today’s cinematic landscape, Dominique Abel and Fiona Gordon are helping to revive it with some style with Lost in Paris. Starring, written, directed, and produced by the pair, the first U.S. trailer has now arrived for the whimsical comedy courtesy of Oscilloscope Laboratories.

The story follows a small-time Canadian librarian who ventures to Paris after receiving a letter from her aunt (the late, great Emmanuelle Riva). When she gets there though, her aunt has disappeared, and so begins a journey of mishaps. Judging from this preview, the Jacques Tati comparisons are spot-on for the film that will arrive this summer. Check out the trailer and poster below.

Filmed in Dominique Abel and Fiona Gordon’s signature whimsical style, LOST IN PARIS stars the filmmakers as a small-town Canadian librarian and a strangely seductive, oddly egotistical vagabond. When Fiona’s (Gordon) orderly life is disrupted by a letter of distress from her 88-year-old Aunt Martha (delightfully portrayed by Academy Award®-nominee Emmanuelle Riva) who is living in Paris, Fiona hops on the first plane she can and arrives only to discover that Martha has disappeared. In an avalanche of spectacular disasters, she encounters Dom (Abel), the affable, but annoying tramp who just won’t leave her alone. Replete with the amazing antics and intricately choreographed slapstick that has come to define Abel and Gordon’s work, LOST IN PARIS is a wondrously fun and hectic tale of peculiar people finding love while lost in the City of Lights.