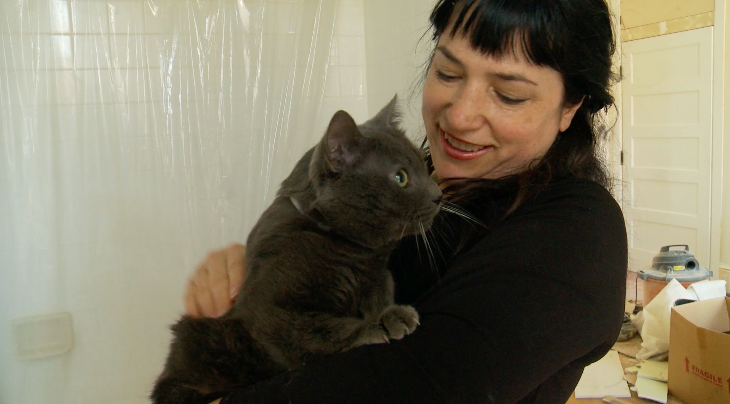 DOC NYC Review: ‘The Cat Rescuers’ is a Quirky, Narrowly Focused Look at a Feline Crisis

It’s projected that over 500,000 cats roam the streets of New York each year, abandoned by their owners causing a nascence for their communities and a real problem for several big-hearted New Yorkers who make it their mission to solve the problem. Following volunteers Sassee, Claire, Stu, and Tara, The Cat Rescuers follows individuals who are often not of great means in their quest to capture, spade, nurture, and often nurse cats back to health for adoption. Some like Stu, a radio technician for the New York Fire Department, have the means to run quasi shelters in their garage. For Stu, the mission is personal, waking up in the middle of the night to rescue cats, heading to work in the morning, and coming back in the evening to take care of the litter.

Recalling Jeremy Workman’s The World Before Your Feet–a documentary about a man who makes it his mission to walk every street in New York City–the rescuers work at all hours and in all corners of Brooklyn. Directors Rob Fruchtman and Steve Lawrence focus on each of their subject’s unique quirks, from Sassee (a legal investigator from Canarsie who brings her daughter Nijah along for rescue) to Tara (a Coney Island nurse who fears she’s officially become a cat lady).

Focusing on solutions, Fruchtman and Lawrence approach the Animal Care and Control of New York (ACC), a shelter that places cats up for adoption with great care. Early in the film we see an intake administrator walk cat owners through the process of placing their once beloved pets up for adoption as they’re told they may be humanely euthanized should they be deemed a poor candidate for adoption. Sassee, in a direct address, rationalizes ACC’s actions; after all, it is pet owners that have created the problem of over population that she tries to remedy in her neighborhood.

The Cat Rescuers bounces from storyline to storyline creating a portrait of these characters that’s as conversational at times as it is observational. Certain subjects elect to be very open with the filmmakers about their work and lives, but rich details feel lost in the film’s rushed third act which gives many of the rescuers a happy ending, allowing them to continue their work and find inspiration, relationships, and new cats to rescue.

Certain strands are abandoned along the way, including a meeting between Brooklyn Animal Action founders Belinda Cooper and Sheri Bergman and Borough President Eric Adams, who proposes a rescue summit that happens more than a year after their initial meeting. Darting between an official, institutional response and the personal work of four rescuers that could be seen as engaging in some rogue actions, the film’s construction is often too messy, relying on the oral histories of rescuers encountered along the way that tend to tug on the heart strings.

The film proposes some solutions, documenting a partnership between ACC and rescue organizations that see real reductions, as the rescuers take up the cause often at great expense, even at a discount. The film trades immediacy and intimacy for a clear message, relying on the quirkiness and the good-hearted nature of its characters and their emotional connections to their cats and neighborhoods rather than telling the kind of story that might inspire those outside of Brooklyn to take action. The film, although likable in passages, keeps the problems it explores local, with a narrow focus rather than creating a national call to action.