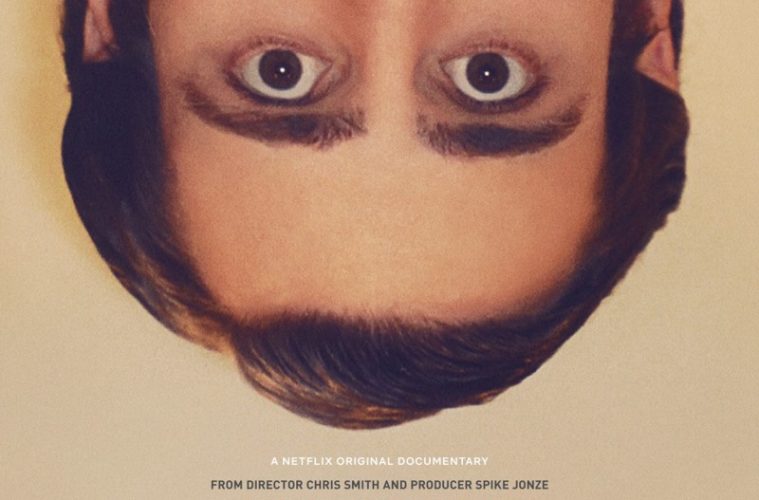 DOC NYC Review: ‘Jim & Andy: The Great Beyond’ is Hilarious and Unexpectedly Moving

Reflecting on a production that might have been just a little more interesting than the excellent film they were making, Jim & Andy: The Great Beyond – Featuring a Very Special, Contractually Obligated Mention of Tony Clifton is the hilarious and occasionally moving portrait of Jim Carrey’s time making Milos Forman’s 1999 Andy Kaufman biopic Man on The Moon.

Told through archival footage of both Andy Kaufman’s performances and Jim Carrey in character throughout the shoot of Man on the Moon (as Andy and his evil alternative persona lounge singer Tony Clifton), director Chris Smith frames the footage with a new interview with Carrey, bearded and reflexive about a dark period in his life. Hot off a triple success of broad comedies — Ace Ventura, The Mask, and Dumb and Dumber — the actor seeks meaning in his life in the wake of his father’s death. Writing a $10 million dollar check to himself years before that he can now cash, he heavily courts a reluctant Forman all while removing “Jim Carrey” from planet Earth to do so as he fully embodies Kaufman.

Hidden away for twenty years to protect Carrey and his likable image, the footage is a fascinating master class in performance, the kind of thing that might not fly today in light of revelations of harassment. Carrey, channeling Kaufman, would arrive late in the make-up trailer, bag over his head, blasting music, drinking and smoking… and the days he was Tony Clifton, watch out. He’d crash cars, harass his director and, in collaboration with Bob Zmuda, arrive flanked by the Hells Angels. Zmuda and Kaufman’s former girlfriend filmmaker Lynne Marguiles (played in the feature film by Courtney Love) were hired by Carrey to document the production as an alternative EPK, eschewing the fake “recreations” EPKs tend to rely upon. You know the usual photo: it usually involves a filmmaker, flanked by his star, pointing in some direction, pretending to work. This is certainly anything but that.

Where the film touches a nerve is when Kaufman’s real life family arrives on set to pay Carrey a visit, leading to tender moments and an awful lot of hugging. Carrey’s challenging of Kaufman also leads to unexpected exchanges with both actor Gerry Becker, playing father Stanley Kaufman, and the real Stanley Kaufman, who arrives on set to advise. Looking to his father for approval, the result is cathartic as the family experiences a second chance.

There’s also a good deal of mischief involving Tony Clifton, including one hilarious passage where Zmuda is sent to pitch hit for him at the Playboy mansion. Everyone, including Heff, assumes he’s Carrey until the real Carrey, breaking free from Kaufman, shows us. Perhaps this is a moment where Kaufman instead channels Carrey, rather than the other way around.

Told in a style that’s fairly straight-forward and almost dry compared to Marguiles’ footage, Jim & Andy resists becoming a biopic of either man — or at least not a definitive one even as it compares and contrasts the careers, life, and times of both men who both proved to be enigmas. Julie & Julia this is not, and it’s perhaps that enigma that leaves us longing for a little more, much like the best Andy Kaufman skits.

Jim & Andy: The Great Beyond – Featuring a Very Special, Contractually Obligated Mention of Tony Clifton screened at DOC NYC and will premiere on Netflix on November 17