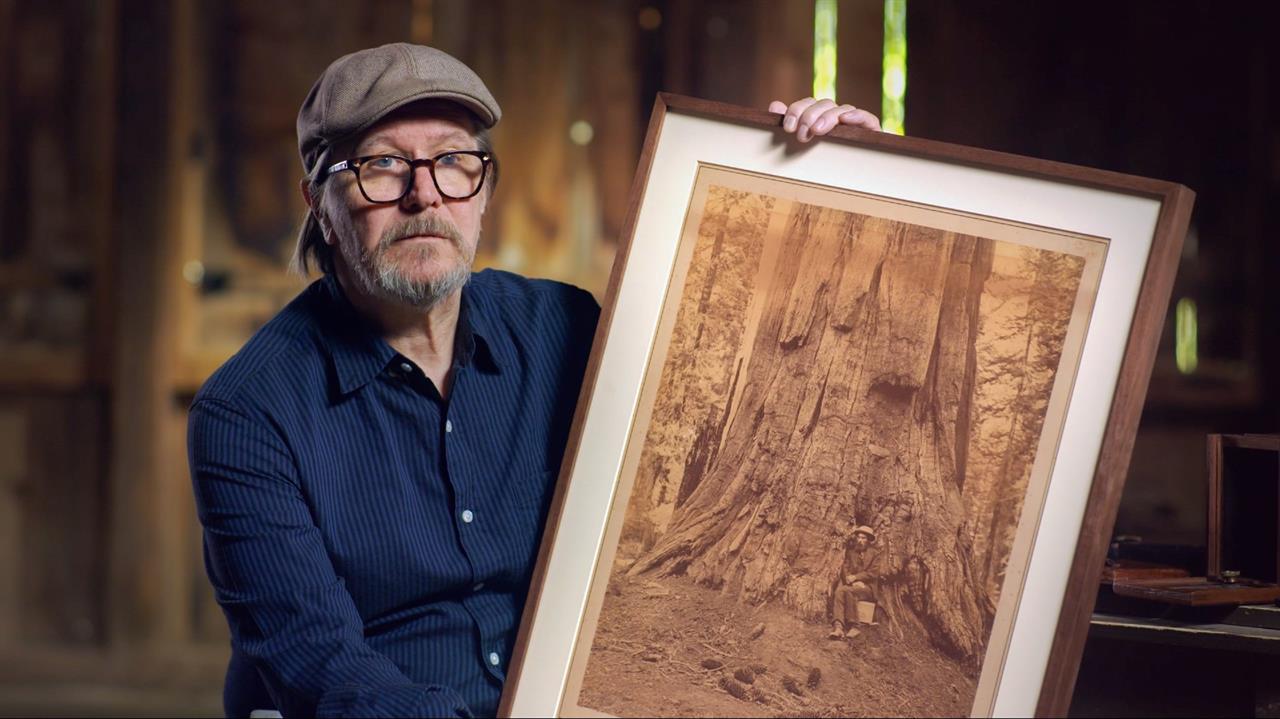 Directed by Marc Shaffer and framed with interviews by film historians, photographers, and actor Gary Oldman, Exposing Muybridge is a fascinating look at a figure best-known to film historians as the father of the motion picture. Told largely in chronological order, it unfolds as we learn how Muybridge took on his multiple personas. He sets out to make a name for himself in photography, from landscapes to early motion pictures, in a life that would take him around the United States, Europe, and South America. Along the way he adopted various characters, changing his name from the given Edward James Muggeridge to fit whichever situation he found himself in over the course of his 74 years on this earth.

The magic of Schaffer’s documentary is, of course, to take in Muybridge’s work, expertly restored on a large cinema screen and guided by experts such as Marta Braun, the director of Ryerson University’s film and photography preservation program. As a Muybridge scholar, alongside colleagues, she provides a detailed account of his work in letters and photographs, shedding light on a man driven by sheer madness.

Landscape photographers Byron Wolfe and Mark Klett set about to rephotograph sites that a young Muybridge captured in Yosemite National Park, though they stop short of recreating the famous image of Muybridge sitting on a summit, alone, several hundred feet off the ground.  Despite how technical Muybridge’s work may seem at first glance, most subjects find a playful showmanship in his work; Braun compares his motion studies at the University of Pennsylvania to cinematic narratives.

This is all of interest to Oldman, who has been developing a Muybridge biopic for some time. He provides additional details that would make for an electric period film about a man he fears has been mistreated and misunderstood by history. In his life Muybridge certainly viewed himself as an underdog of sorts, telling his grandmother before setting sail for the US that he’d either make a name for himself or she’d never hear from him again.

Anyone who has taken a pre-war film history course knows Muybridge is credited as an inventor of motion pictures, working to settle a bet for horse breeder and titan of industry Leland Stanford. The film exposes his techniques, which included a primitive snap-shutter mechanism and a rig of 24 cameras that essentially captured the horse in motion, specifically in silhouette to create an exposure. He is later shunned by the Royal Society when the invention is credited to another man, JDB Stillman.

Exposing Muybridge brings to light details of a fascinating life while Oldman provides dramatic elements from his own research, from Muybridge’s murder trial to his later career working with a diverse group of professors and the provost of the University of Pennsylvania on a well-known series of motion studies. The academics chosen by Shaffer also provide information that is technical, personal, and critical without ever feeling like a dry work of art history. The film, like Muybridge, is full of mystery, playfulness, and complexity—an illuminating and engaging history lesson.