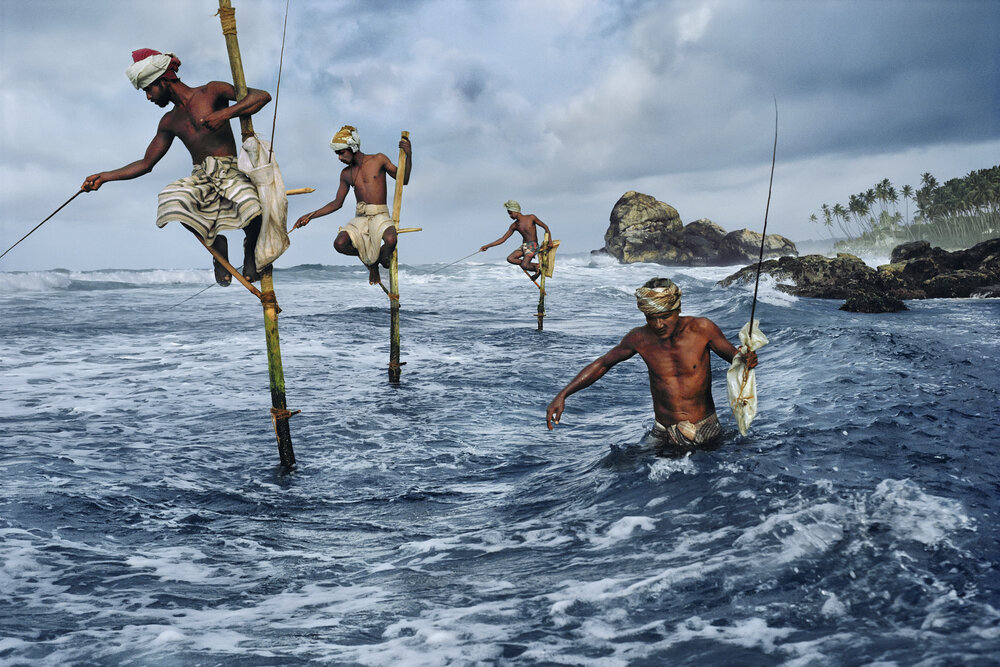 Early in McCurry: The Pursuit of Color, renowned photographer Steve McCurry bemoans that the world is becoming an endless airport terminal, devoid of color and humanity. This is certainly one way to experience New York City, where McCurry hangs his hat between journeys but never really lives. Known for his iconic “Afghan Girl” image, McCurry views himself not as a photojournalist (he’s been a freelancer for most of his career) but as a storyteller who defends himself from the criticism that he too often digitally manipulates his images.

Denis Delestrac’s portrait feels a bit unfocused, bouncing between various chapters of McCurry’s life, what his colleagues and family have to say about him, and his present work as he sets off to create a book that explores the human species. An extension of Denis Delstrac’s The Face of the Human Condition, which also featured McCurry, The Pursuit of Color makes for an interesting, if not a somewhat distant portrait that covers a lot of ground too quickly. Perhaps, like McCurry, the film is uninterested in ethical debates or pleasantries—early on we are told that the artist is a bit of a mystery. The film does demystify its subject without getting too personal.

McCurry is sometimes defiant when interviewed by the filmmaker; in a rather funny moment he loses his patience with Delestrac for asking a standard icebreaker question. A constant theme throughout is the desire to own an image and take control of the narrative, as we see when he later defends his use of Photoshop to brighten and dull colors and move poles on a street that might look better on the other side of the frame.

The film spends a limited time on the controversies or ethical debates that entangle his work. McCurry has made up his mind, believing he’s within his right to control the image and honor the spirit of what he believes is an accurate representation of the moment. What is missing from the film, apart from a brief appearance by Sharbat Gula––the “Afghan Girl” herself––is the voices of the subjects McCurry has photographed. She is interviewed briefly about her relationship with the photograph, stating she was initially was uncomfortable with it. Ultimately she came to be proud of it as a historical document that also provided some financial support of Afghani women through its multiple publications.

The film’s most effective, straightforward passages explore McCurry’s history as an artist, first working locally in black-and-white at the Penn State newspaper and in the Philadelphia area before taking off to India with a one-way ticket and a pocket full of Kodak Kodachrome color film. While working abroad he comes of age, first crossing the border between India and Pakistan; later in life he finds himself in Kuwait and lower Manhattan on 9/11.

The film itself doesn’t quite know what to make of the man, including a detail later in life that is somewhat more interesting than the film explores. By design it focuses largely on the body of work and less the personality of the maker, keeping a healthy distance, and in doing so seems to gloss over some of the more interesting questions about McCurry’s life and work. The artist is very much present, but the film, operating in so many modes, never quite captures him.

McCurry: The Pursuit of Color screened at DOC NYC.