DOC NYC Review: The Cannons is a Crowd-Pleaser About Race, Mentorship, and Hockey in DC 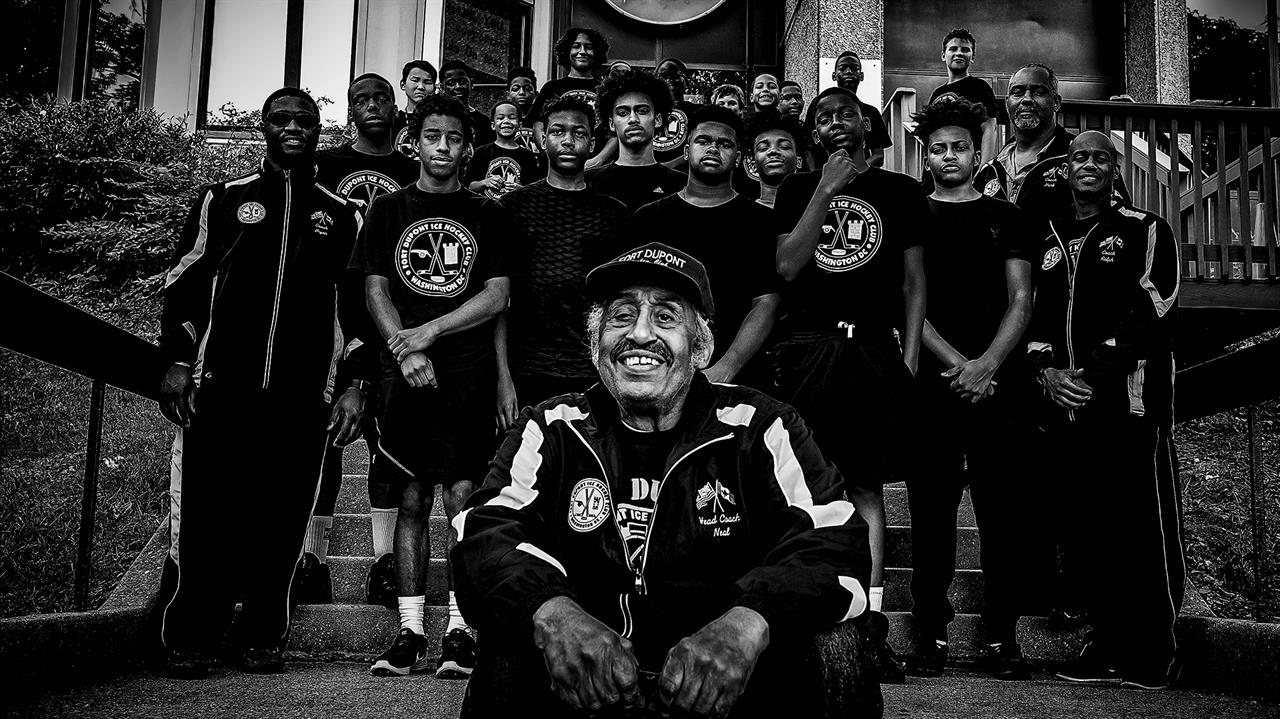 Directed by former NHL videographer Steven Hoffner, The Cannons follows a year in the life of the Fort Dupont Cannons, one of the nation’s first Black hockey teams, and its founding coach Neal Henderson, who has inspired generations of young men to think about the opportunities beyond their neighborhood and their troubles. Founded as part of the NHL’s Hockey is for Everyone outreach—to bring what is an expensive sport to more players—the Cannons have become the longest-running minority-led hockey program in the country, thanks to the candid, steady guidance of coach Neal.

At the helm of the team since its founding in 1978, Henderson—now in his 80s—struggles to keep the team afloat with the help of several alumni who have returned as coaches, while he and his wife (suffering dementia) face health challenges that come with advanced age. Henderson and director Hoffner spend little time reflecting on the past, however, and are more interested in the present-day opportunities and challenges as Henderson struggles to book matches for the team, which is not part of any official league.

Hoffner focuses his lens on the team’s 2018-19 season as Henderson finds himself inducted into the US Hockey Hall of Fame—no easy feat for a coach whose objective isn’t developing players for the NHL, but players with the discipline to do great things in their community. Alumni include Ralph Featherstone, a Navy commander who now gives back coaching younger players in the Fort Dupont Cannons program.

The Cannons focuses much attention on the compelling stories of high school seniors Rayvon and Robert, two friends who met in the program and have found time to play despite severe challenges of their own. Rayvon dreams of attending college and his single mother Tomorrow remains committed to making it possible, even while juggling challenges such as paying the electric bill. Tomorrow and Rayvon visit various colleges hoping to obtain a needed hockey scholarship and finds support in the form of a full ride at Johnson & Wales, only to learn said scholarship will not cover the costs of living on campus in Providence.

Robert dreams of becoming a DC Metropolitan police officer, believing he can change the culture of policing from within by treating those he serves with dignity and respect. After losing his father to a terminal illness he faces the unthinkable: his mother Carolyn has been diagnosed with cancer and is now struggling to pay for the needed chemotherapy. A kid that was raised well with a family that cares so much about him that they remove the door to his bedroom after catching him with girls over in the middle of the night, Robert vows to help his mother fight her illness while remaining close to home.

The Cannons is an engaging film that occasionally rises to the level of crowd-pleaser, doing so without a climatic big game. Instead it’s a quiet look at mentorship that could hopefully serve as a playbook, as the team will inevitably have to transition to a new generation of leadership, perhaps under the guidance of Ralph Featherstone and others committed to the program’s success.

Hoffner’s straightforward vérité approach spends most of its time in the present, apart from a joyous remembrance from alumni players including men and women who credit Coach Neal with giving them structure and creating a sense of belonging on the team. For Henderson, it was never truly about the past, encouraging players to leave it behind on the ice, and while the film looks back it’s also forward-looking—Henderson and Featherstone hope to develop the next generation of community leaders, good parents, and just all-around good people in neighborhoods where so much can go wrong.

The Cannons screened at DOC NYC.