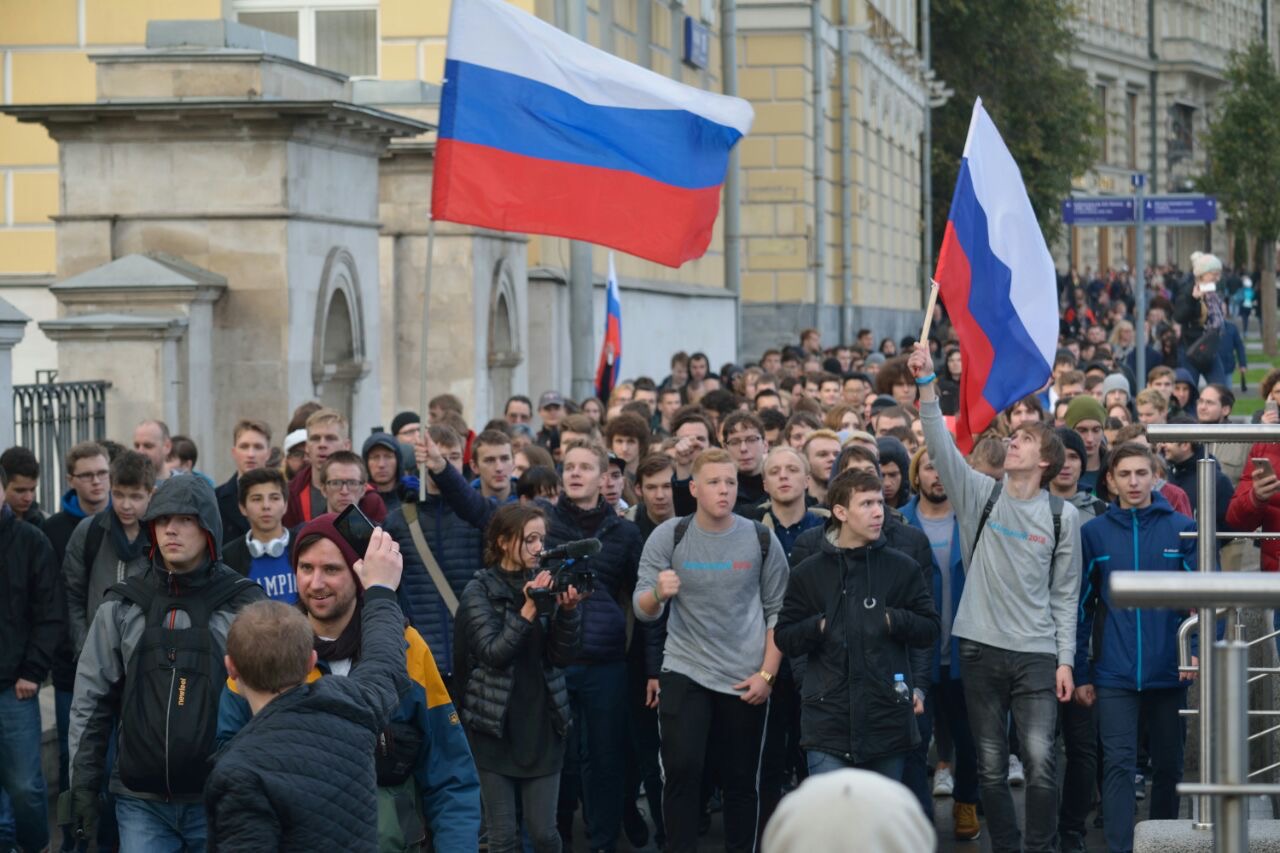 Despite having premiered in 2019 with some subsequent updates, Alexandra Dalsbaek’s documentary We Are Russia still feels as if it is a work-in-progress beyond its rough and ready look and abrupt jump cuts. Filmed by Dalsbaek, the project highlights the essential work of young activists fighting against Russia’s kleptocracy in a country without freedom of assembly. The work of these young organizers is often focused on creating social media moments, frequently counting down the seconds until security forces and cops arrive to ask for a permit or detain them. Although the rules are somewhat unclear and appear to vary from jurisdiction to jurisdiction, Dalsbaek often finds herself in the center of the action being asked to cease filming.

We Are Russia proves to be a rough work of defiance often leading to frustrations––the odds are insurmountable and Putin, in advance of his 2018 election, is immensely popular amongst those that can either not conceive of a different order or are simply afraid to speak up. Amongst the slogans and signs the group presents is a reoccurring theme that the current administration is more interested in enriching themselves than serving everyday Russians. When they flyer a Moscow park an older woman throws their fliers away declaring that they’re all crooks––even the kid’s chosen candidate Alexei Navalny.

Dalsbaek never seems to get at the heart of why Putin is incredibly popular in Russia. Perhaps he adheres to the principle that it is better to be feared than loved. His administration has, of course, done everything to paint Navalny as a crook and when that didn’t work they resorted to positioning him and later sentencing him to a corrective labor colony.

We Are Russia, however, is interested in the work on the ground. It’s a documentary made under the same challenging conditions that the activists it chronicles have endured and they are happy to call attention to the corruption with the limited resources and platforms available to them. The film mirrors this frustration, abruptly jumping from one act of performance art, most of which seem tame by the standards of other global protests apart from a quick flash mob that comes together to throw a birthday party for Putin in front of his party’s headquarters.

Framed by impassioned YouTube videos in which Navalny encourages students and young to protest as if their future depends upon it, the issue is executing meaningful protests in a nation that will not even let Navalny run in a future election to prove what he may be capable of. We Are Russia often operates in the live-video style mode of immersive verité, which follows the exploits of young protesters that, likely for the purposes of security, we don’t get to know that well. The film is essential and yet at times feels somewhat ineffective as a political message.

Joel Bakan and Jennifer Abbott’s The New Corporation makes an interesting point about a new generation of American politicians like Alexandria Ocasio-Cortez––rather than getting arrested to prove a point the real power is in getting elected. A new generation of activists instead are trying to change the system from within. The problem at the heart of We Are Russia is that getting arrested may be the only course of action for anyone wishing to wrestle the country away from the powerful interests that quell any dissent with brutal force.

While We Are Russia spends most of its time out on the streets as a close-knit group of students organize and protest, I wish we got more conversations around a kitchen table talking about their vision for the future. That would have perhaps––paired with the actions in the street––been more effective at highlighting the myriad issues they aim to bring into focus through protests, resulting in a film that is a more powerful tool for social change.

We Are Russia screened at DOC NYC.