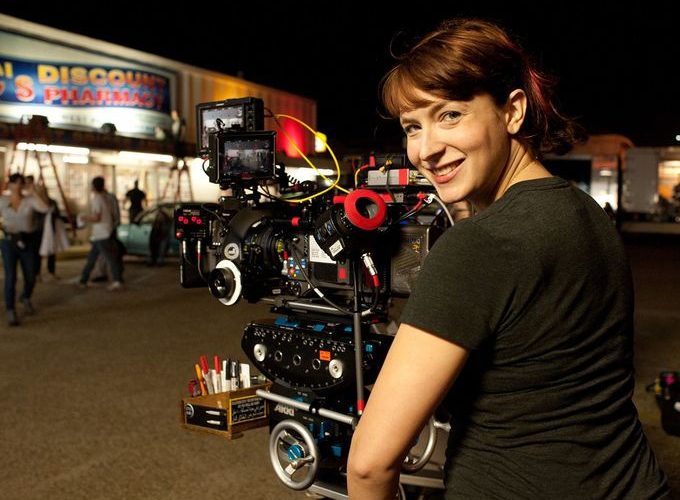 Diablo Cody has been collaborating with one of my favorite directors, Jason Reitman, for quite some time. After launching her career with Juno, the Oscar-winning talent finished her fourth screenplay and for it, she decided to step behind the lens instead and give directing a shot. With Paradise recently hitting theaters and VOD, I got a chance to sit down with Cody to discuss some of the unexpected challenges of shooting.

I was also curious about why this film at this particular time in her life, whether she reached out for help in preparation, what collaboration is like with the directors she’s worked with, her rewrites on Evil Dead and whether it had any pressure, whether she sees the opportunity of constructive criticism from reviews, how much she has been on set for her other films, the changes from script to screen, and much more. Read on below for our full conversation.

The Film Stage: This is your directorial debut, but I’m curious if you had any opportunities that were presented to you that you passed up on, or was this the one thing you latched on to?

Diablo Cody: I have to say I’m very fortunate; I had this whirlwind experience with Juno and the movie won awards and stuff. And after an experience like that, people come to you and say, “Oh, hey. You can direct now. What would you like to direct?” And at that time I just felt like I was absolutely not prepared at all. I had just not logged enough set experience and I just wasn’t ready to do it. So, Jennifer’s Body happens. Karyn Kusama directs it, which was great. Then Young Adult happens and Jason Reitman directs it, wonderful. Then I wrote this one and I was asked, yet again, do you think you’re ready to direct? And I didn’t know if I was. But then I thought, “you know, it’s my fourth feature. Most writers would take advantage of this opportunity and at this time I think I’m just being a little avoidant and a little chicken shit and it’s time to do it.”

At the time of shooting, you had a young son and you were pregnant. What possessed you to think, “this time is the time?” [laughs]

You know, timing wise, it wasn’t ideal. I have to say that much. As I’m answering this question my three-year-old is just screaming downstairs. I guess I thought, my kids are going to be young for a very long time, so it’s not like next year will be easier. But I did get pregnant right after I signed on to direct the movie and luckily the universe was kind enough to let me… you know, they didn’t fire me. [laughs] And the movie went ahead of schedule, but I was down in Louisiana and Vegas, pregnant and with my one-year-old son, so it was a really stressful time. I’m not going to lie. That was, without question, the biggest challenge for me.

With other directors you’ve worked with, you’ve talked about collaborating with them, but you usually have sole writing credit.

Yeah, because I don’t write with them. By collaborate, I mean Jason can call me and say, “OK, what is Mavis wearing in this scene or why does she say this,” but I don’t actually write with anybody. I’m curious, with this project there was no one else to turn to for that collaboration. Did you reach out to anyone before?

Oh God, no. Honestly, I should have. I feel like I should have talked to more experienced directors and I should have called people. Because I did feel really alone. Honestly, even just during this process, even just this promotion process is really lonely, because I’m used to being with Jason or being with Karyn or the people that worked on United States of Tara — I worked with a lot of great directors on that. So, yeah, it’s weird being a one-man show.

For Julianne Hough, she obviously has some prosthetics here and Nick Offerman also has a startlingly different look here —

I have to say that was Nick’s idea. I would have never have asked him to shave his glorious hair. He chose to do that to get into character and I admired his commitment and he created that look and he executed it when he came to set like that.

Did it scare you a little bit?

No, I was kind of thrilled because I thought I really appreciate that he’s this committed to the movie. But to me that was a sign of respect and I think it’s cool that he thought Lamb’s dad would be bald.

Most writers discuss how their script can change when it finally hits the screen. What has your experience been like in that aspect?

I always say I’m the luckiest writer in Hollywood, because I’ve worked with directors who are very respectful of the script. Juno, very faithful translation of the script. Same with Jennifer’s Body, same with Young Adult. I’ve just been very, very lucky. I think that’s maybe why I wasn’t super eager to direct, because I didn’t feel like my work had been compromised in the past.

And how much were you actually on set for those previous films?

Not every day, I was probably there on Jennifer’s Body for the most of it. Juno, I was there for a couple of weeks, and that was only a 30-day shoot, so I got to see quite a bit of it. Young Adult, I was not around at all pretty much, because I had just had my first son. Obviously, you log a ton of set hours when you do a TV series, so I spent a lot on sets and I had spent a lot of time in production, but it’s so different when you’re actually directing. There’s really nothing that can fully prepare you for that.

Speaking of collaborating, I know you had a hand in the Evil Dead script. I’m curious how much pressure there was, or was it relaxing knowing you are just touching things up?

Yeah and, you know, I do uncredited rewrites from time to time, so it wasn’t my first time doing that. It’s a super laidback process. You get the script for a couple of weeks, you tweak a line here or there and it’s fun. It’s especially fun on something like that, because I was excited that they hired me. I thought how cool with Sam Raimi producing, who directed  The Evil Dead — what a dream. What was fun, but it was kind of a low-pressure situation. It surprises me that it was a publicized thing. It surprises me that people know about it because I worked on other scripts that nobody knows, so now I get asked about Evil Dead all the time and it makes me laugh because I was very, very peripherally involved in it. I’m curious if you read reviews at all. Do you see that as the possibility of constructive criticism or is that just something that’s part of the system of releasing a movie?

I see it as part of the system of releasing a movie. I wish I was one of those filmmakers that could sit down with a pile of reviews and say, “OK, this is something I could improve, or this is something I’m proud of and people seem to be responding to.” I’ve just found that I do better work when I stay away from that conversation. I have to be perfectly honest, and I know people think this is really eccentric and weird, but the last time I read anything related to any of my work was in September in 2008. So it has now been over five years. I made a very conscious decision that day.

I don’t know any other people that do it. I’ve never, ever met another writer or director who doesn’t read anything related to their career. Do you know anyone? I’m just curious because I’d love to meet somebody else that does and discuss that decision with them, because it’s a weird choice to make. To say, I’m going to be output only and not engage to the response of my work.

I think if you go to a festival, it’s almost unavoidable. You’re going to feel that reaction.

Yeah, exactly. You do still get a reaction. I’m going to go screen this movie on Saturday and I’m going to talk with people afterwards. To me, that’s different than staring at the Tomatometer.

Paradise is now on VOD and in limited release.