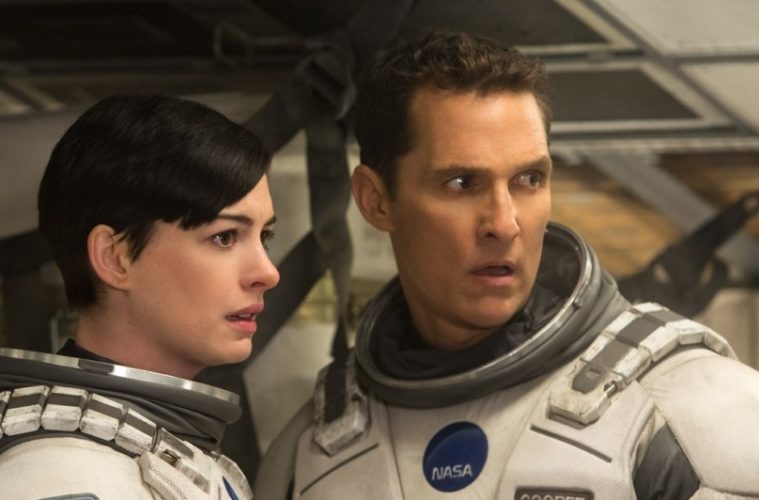 For most soundtrack and scores, it’s normal protocol for a release to occur a few days before the film arrives to gear up anticipation. However, in the world of Christopher Nolan, things seem to work a bit different. While Interstellar will arrive on film a week from today and everywhere on November 7th, Hans Zimmer‘s score won’t be released until November 18th, in order to preserve the experience. (“We’re excited for people to be able to revisit the soundtrack once they’ve had the chance to experience the music in the film itself,” says Nolan.) Paramount and WaterTower Music have now released the first details on the score, which will be released in three different versions.

First up, there’s the standard 16-track Star Wheel Constellation Chart Digipak, a 22-track deluxe digital-only version, and, available later this year, a 28-track Illuminated Star Projection Edition complete with 35 minutes of extra music, liner notes, a booklet, and more. “Chris wanted us to push the limits,” Zimmer says. “Every conversation was about pushing boundaries and exploring new territories. This movie virtually dictates that you put everything on the line and keep the laboratory doors wide open and experiment to the very end. It tested our limits: the limits of what musicians are capable of, the limits of what could be recorded, the limits of everyone’s stamina, commitment and invention, and I think we got it.” Ahead of the release, check out the tracklist for digital release, along with cover art and details on the expanded set. The Interstellar score, set for a release on November 18th, can be pre-ordered here (or the deluxe set here or the 28-track special set here). See the first reviews for the film here.