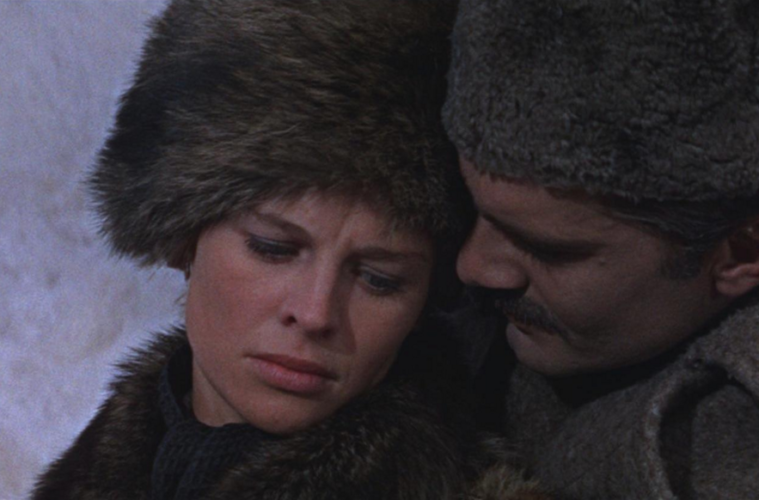 “They don’t make ’em like they used to” may be an over-used phrase, but it’s perhaps never more applicable than with the epics of David Lean. While 70mm screenings of Lawrence of Arabia are a yearly (or more frequently) event in New York City and elsewhere around the world, his 1965 epic Doctor Zhivago is also certainly worth a watch.

Digitally restored in a 4K DCP, the 200-minute version of the drama starring Julie Christie, Omar Sharif, Tom Courtenay, and Alec Guinness will get a U.K. re-release next month for its 50th anniversary and today brings a preview. Endorsed by Paul Greengrass, it’s a stunning trailer for one of the essential cinematic events of the year. Doctor Zhivago returns to U.K. theaters on November 27th with hopefully a U.S. tour to follow. See the roll-out here and the trailer below, along with some behind-the-scenes footage.

An epic romance set against the backdrop of the Russian Revolution, David Lean’s Doctor Zhivago is one of cinema’s great love stories.

In Moscow on the eve of the First World War, medical student Yuri Zhivago (Omar Sharif) meets the beautiful Lara (Julie Christie), setting in train a fateful romance that turns their lives upside down. Featuring excellent supporting performances by Alec Guinness, Rod Steiger, Geraldine Chaplin and Tom Courtenay (45 Years), Doctor Zhivago portrays at its heart an intensely human and passionate relationship, challenged by the monumental politics of tradition and war.