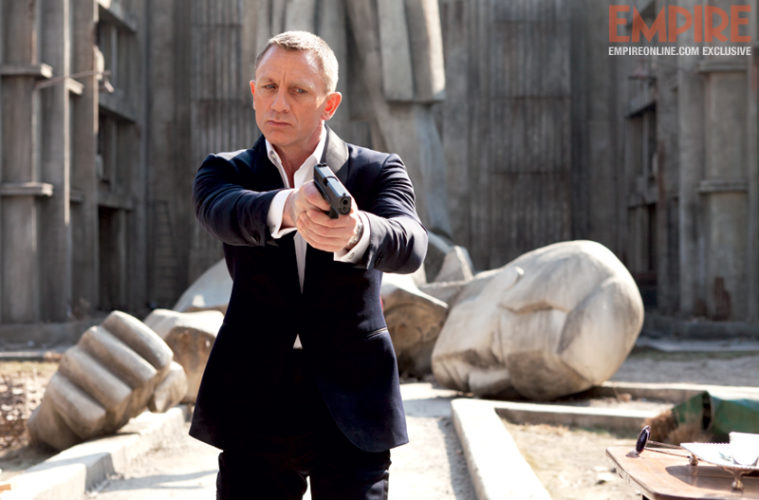 Daniel Craig Cleans Up In Batch of ‘Skyfall’ Stills Looking back at the relatively disappointing summer in blockbusters, this fall will perhaps deliver more than we imagined, with films like Jack Reacher, The Hobbit: An Unexpected Journey, Life of Pi and even Django Unchained, Zero Dark Thirty and Cloud Atlas hopefully satisfying in the thrills department. But there seems to be one sure-fire pick and that’s Sam Mendes‘ first outing at James Bond with Skyfall.

With a release just next month for UK’ers, Empire has release a batch of stills from the film, which feature Bond getting entangled with both of the main women here, Bérénice Marlohe and Naomie Harris. There’s also a different angle of a trapped Javier Bardem, as well as Bond getting into some action on what looks like a neat set, in front of a crumbled statue. Check out the stills above and below. Ralph Fiennes, Judie Dench, Ben Whishaw, Ola Rapace, Helen McCrory, Tonia Sotiropoulou, and Albert Finney also star in the film, which is set for a stateside release on November 9th, after bowing in the UK on October 26th.