Cyrano Review: A Stand-Out in a New Age of Movie Musicals 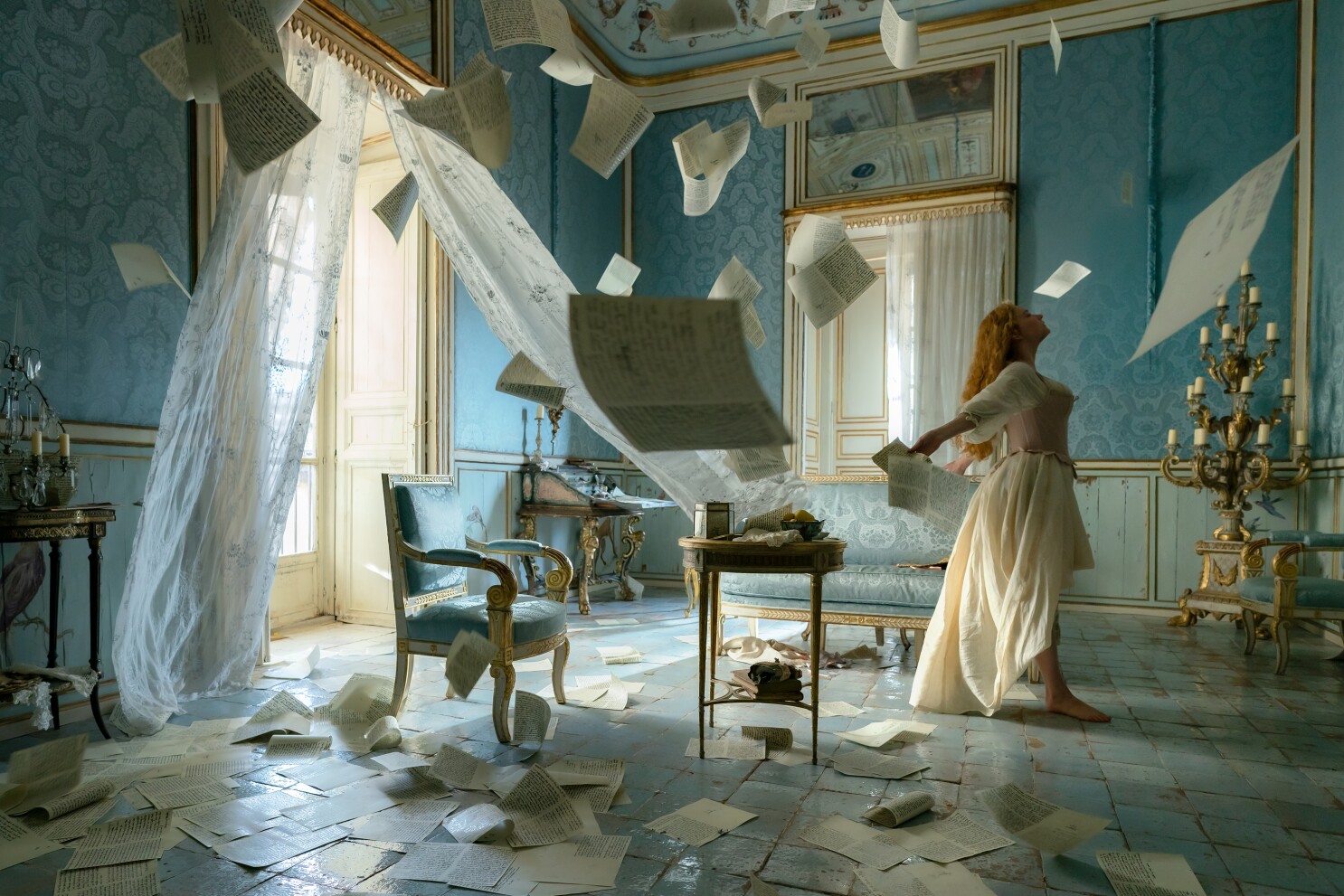 There is a moment forty minutes into Joe Wright’s Cyrano where everything kicks up a notch. As a military regiment practices their swordcraft on a stunning pier in Sicily the titular Cyrano de Bergerac (Peter Dinklage) crafts an agreement with new recruit Christian (Kelvin Harrison Jr.). He will write beautiful poetry as correspondence to Roxanne (Haley Bennett) from Christian—who lacks the words—thereby espousing his own love for the same woman. “I will make you eloquent while you make me handsome,” Cyrano explains, convinced they do not live in a world wherein someone like him could be with someone like her. Christian breaks into song and the camera runs away, darting through the regiment training on the pier. Soon enough we cut above the action, taking in the pier and the seas that surround it. The sequence is exhilarating and the film’s pace does not slow from there. Roxanne has her own problems. Namely: she’s broke and needs to get married, ideally not to a poor soldier like Christian.

By my count, this is the 24th cinematic adaptation of the 1897 play by Edmond Rostand (this includes derivative homages), yet the subject matter feels fresh as ever. Dinklage truly shines here, offering both humor and sadness—sometimes at the same time—in a way that is wholly singular. This is a performer of unique talent, whose crafts appear to grow sharper and sharper as time goes on. Perhaps the most impressive thing is that both Bennett and Harrison Jr. hold their own across from Dinklage. We are gifted a Cyrano, Roxanne, and Christian that are very much in sync. This is far easier said than done. Credit must also be paid to Erica Schmidt here, who provides the screenplay.

Wright is very good at this sort of thing. A decade ago he made a grand experiment out of the Tolstoy behemoth Anna Karenina. His self-aware adaptation has aged like fine wine, and Cyrano plays like the next logical step creatively. His decade in between saw the ambitious flop Pan (itself a near-musical), an iconic Black Mirror episode, the Oscar-winning Darkest Hour, and a choppily recut (sans Wright’s say) thriller The Woman in the Window. All of this to underline the positives surrounding this new picture from the auteur. All decisions made are brave and interesting. Most especially the songs, which come courtesy Aaron and Bryce Dessner (with lyrics by Matt Berninger & Carin Besser) of the National. Soundtrack highlights include “Madly,” “Overcome,” and “Close My Eyes,” while “Wherever I Fall” is the real standout. Bennett and Harrison Jr. in particular show off some enviable vocal range. Ben Mendelsohn has fun as De Guiche—the villain role—and the real-world locations do wonders. The pier scene is a standout, as is an early sword fight set to the track “Ten Men Fight.” Let it never be said that tangible sets don’t add something.

We find ourselves in the (hopeful) middle of a movie musical renaissance (West Side Story, In The Heights, etc.) and Wright seems to have perfected the formula. Simultaneously, Cyrano feels like something new and something old. The best of both worlds.