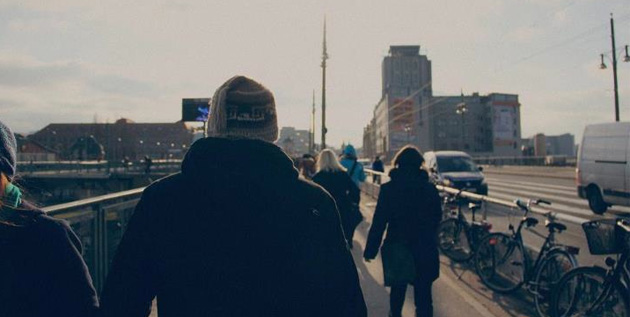 The Gist: This documentary, which chronicles the life of the city that had once been symbolic of the American Dream and the devastating effects of economic downturn, premiered at Sundance is raising funds to release independently.

Why it Should be Kickstarted: Created by veteran documentary filmmaker team Heidi Ewing and Rachel Grady (Jesus Camp, 12th & Delaware,  Freakonomics), this release will be their effort to bring their film directly to fans, hoping to spur discussion. In this own words, “This film is our truly most independent (and visual) work and a creative departure for us – we wanted it to be a springboard for conversation about where we are headed as a nation.” The Gist: This feature about a lost kid who finds purpose through punk rock music premiered at SXSW this past year, and is now trying  to reach a wider audience through an independent release.

Why it Should be Kickstarted: This is the feature directorial debut of actor Matthew Lillard, who discovered the source material when recording the audio version of the novel nine years ago. It had a successful premiere at SXSW, and even won the audience award, but as is the case with a number of independent film, many distributors felt unsure of whether there was an audience for the film, and only offered an extremely limited release. Wanting to give the film the broader audience it deserves, the filmmaker is taking the release into his own hands.

Most Interesting Reward: a 7″ Vinyl Record custom pressed for SXSW featuring original recordings of “Disconnect” and “Sock Hop” written for the film and performed by Mike McCready of Pearl Jam.  ($50) The Gist: A feature film that follows a young man and his band, as he escapes his troubled family life back home.

Why it Should be Kickstarted: The story seems moving and sincere, and the photography has a dark, beautiful look to it that makes me feel as though the film will have a nice atmospheric quality to it. It will also be the feature film debut of Irish filmmaker Robert Manson, whose short films show great promise.

Most Interesting Reward: A unique graffiti tag of your name by a Berlin street artist on one of the sets of the film to be featured in the background of that scene. You will also receive a signed photo of the tag. ($250) The Gist: This documentary by John Wellington Ennis, which examines the balance of power in elections and the loss of the civilian voice, is searching for funds to complete their film.

Why it Should be Kickstarted: It offers interesting insight into the way elections are run, by following first-time candidates running for office, and the difficulties they face in the aftermath of the Supreme Courts ruling on the Citizens United decision. This ruling determined that corporations could spend unlimited amounts of money in elections, helping to propel candidates in their favor. The Gist: A short film by Nao Bustamante, that plays with reality and fantasy, depicting an artist struggling to create his film, while revealing the inner turmoil of his mind.

Why it Should be Kickstarted: As an artist, Bustamante has explored performance art and video insallations. It will be interesting to see how she applied this in a narrative setting.

Most Interesting Reward: An assortment of prizes, including a signed copy of Bustamante’s Mega Compilation DVD or a “I’m not responsible for your experience of my work” t-shirt. ($100)

Have any Crowdfunded Cinema suggestions? Comment below or e-mail us.