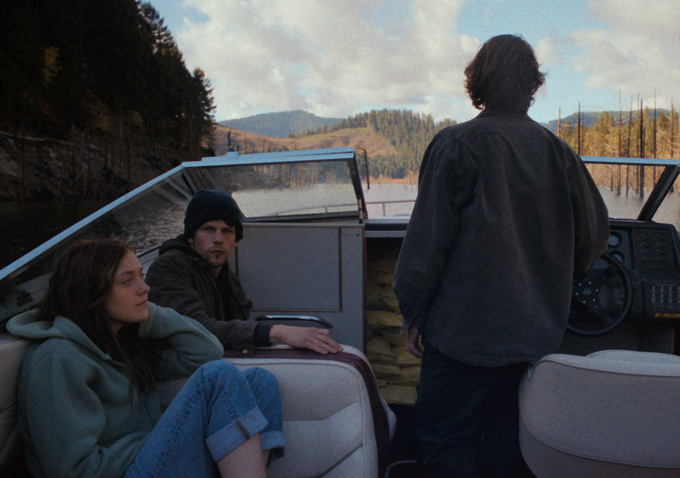 What follows is something of a pre-TIFF blowout, with two early clips and a large cluster of images giving some early tastes of this year’s festival. First is the video content, one half of which comes from the Nicole Holofcener comedy, Enough Said, starring James Gandolfini (in one of his final performances) and Julia Louis-Dreyfus. The clip can be see directly below and the other, from Roger Michell‘s Le Week-End, can be viewed after.

Jim Broadbent and Lindsay Duncan are seen, below, but there’s no sign of Jeff Goldblum. Patience, everyone.

Then we have the images. First up is a trio from Kelly Reichardt‘s much-anticipated Night Moves, a film we had our first look at almost two weeks ago. Here, now, alongside Jesse Eisenberg are co-stars Dakota Fanning and Peter Sarsgaard, completing this three-person team who, in the Reichardt– and Jon Raymond-penned script, plan to destroy a hydroelectric dam in protest of ecological irresponsibility.

See them above and below (via ThePlaylist): Following that, one can enjoy a new cop of stills from the busier-than-ever David Gordon Green‘s next film, Joe, starring Nicolas Cage and Tye Sheridan. This duo’s presence comprise said stills — the elder star is in bearded, tattooed mode, while the younger is, hopefully, continuing a fine career streak established by The Tree of Life and Mud. Even if Joe can’t match Malick‘s picture, finding out how that shirt got bloody is one of my more anticipated cinematic discoveries of the fall.

See the images for yourself (via ThePlaylist): Below is a poster for (and set of images from) Godfrey Reggio‘s Visitors (via IndieWIRE), all of which align with the moody, ambiguous trailer. Information on the Philip Glass-composed score, meanwhile, can be found FilmMusicReporter. Have a look: Which of these TIFF films do you most hope to see?