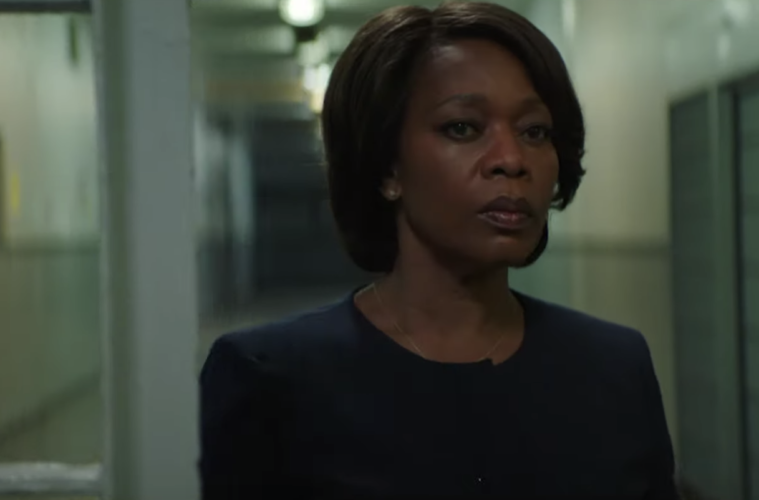 From Escape from Alcatraz to Cool Hand Luke to The Shawshank Redemption, cinema is rich with not only prison films focused on the plight of the prisoner, but also depicting wardens in an evil light. Clemency, winner of the Dramatic Grand Jury Prize at Sundance Film Festival, flips the script in both ways, both turning the spotlight on a warden and painting her in an empathetic, complicated light. Led by Alfre Woodard, she gives a riveting, emotional performance as the Bernadine Williams, a woman who is stuck between the demands of her grueling job and a disintegrating marriage, and can’t give her all to both.

I said in my review, “Written and directed by Chinonye Chukwu, Clemency is exceptionally narrow and precise in its focus, both in terms of the cold aesthetic and the stripped-down script. Shot by Eric Branco, the frame often captures its isolated characters in all their loneliness, with the sterile prison walls enclosing in on them. More or less a series of unembellished encounters as Williams goes through her routine, she starts to begin to open up more when she learns about Woods. Played by Hodge in a gripping performance, he doesn’t say a word–just shaking and tears–when Williams explains the schedule on the day he will die. He’d rather have control over this decision and, in a brutal scene, he repeatedly throws himself against his jail cell wall before screaming, “I say when I die.”

Ahead of a December release from NEON, see the first trailer and poster below.

Years of carrying out death row executions have taken a toll on prison warden Bernadine Williams (Alfre Woodard). As she prepares to execute another inmate, Bernadine must confront the psychological and emotional demons her job creates, ultimately connecting her to the man she is sanctioned to kill.