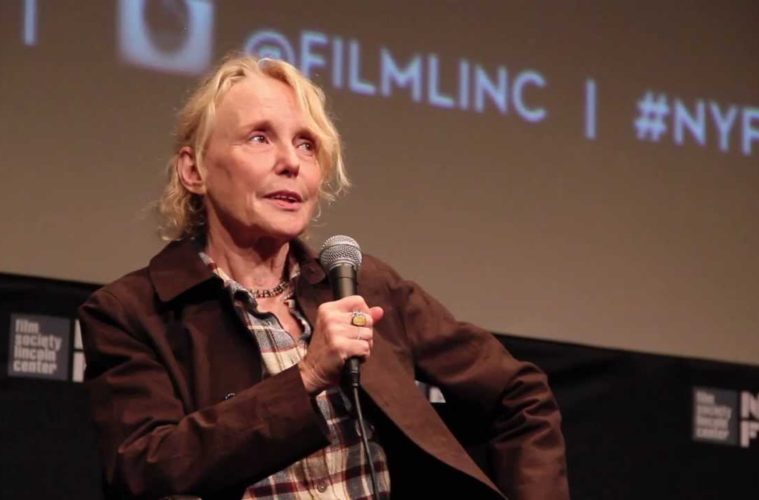 Update: Andrew Lauren Productions will finance the film, which begins shooting this spring.

Narratives certainly play an important role in Claire Denis‘ films, though they’re often the vehicle for her immense skills as a visual storyteller. (I can tell you what The Intruder‘s story is, but I couldn’t lay out the “plot” unless I’d just seen it. Even then…) So while I’d normally hesitate to read a synopsis for any film as anticipated as her next, High Life, I figure this is safe territory. Start playing the Tindersticks score and then we’ll talk about spoilers.

As it were, Wild Bunch’s Vincent Maraval told Screen Daily, somewhat counter to earlier reports, that the picture — which is set to star Robert Pattinson, Patricia Arquette, and Mia Goth — concerns “a group of convicts duped into joining a difficult space mission in the belief they will be freed if they are successful.” But this will not happen; what’s instead planned is for the inmates to “procreate and raise a child in space as part of a larger experiment.” And because High Life is a Claire Denis picture, the situation gets bleaker: a convict, Monte, and his daughter, Willow — conceived against his will, via artificial insemination, and who he nevertheless loves like no one else — are living “in complete isolation on the empty spacecraft as it heads towards its final destination, a black hole.”

Almost every previously announced collaborator — including regular cinematographer Agnès Godard; once again, Tindersticks’ Stuart Staples on composing duties; and artist Olafur Eliasson designing the ship, which is reportedly “really important for the film” — are mentioned herein. Yet there’s the exception of author Zadie Smith, who was previously listed as a screenwriter; credited by Screen Daily are Denis, longtime co-scribe Jean-Pol Fargeau, and Geoff Cox (Évolution). When speaking at SUNY Purchase this fall, Smith downplayed the extent of her involvement, indicating it was for the purposes of polishing English dialogue, and one wonders if and / or how that affects things up to this point in time. No matter the situation on that front, High Life can’t come soon enough. Let’s count our lucky stars that production is expected to begin this summer.