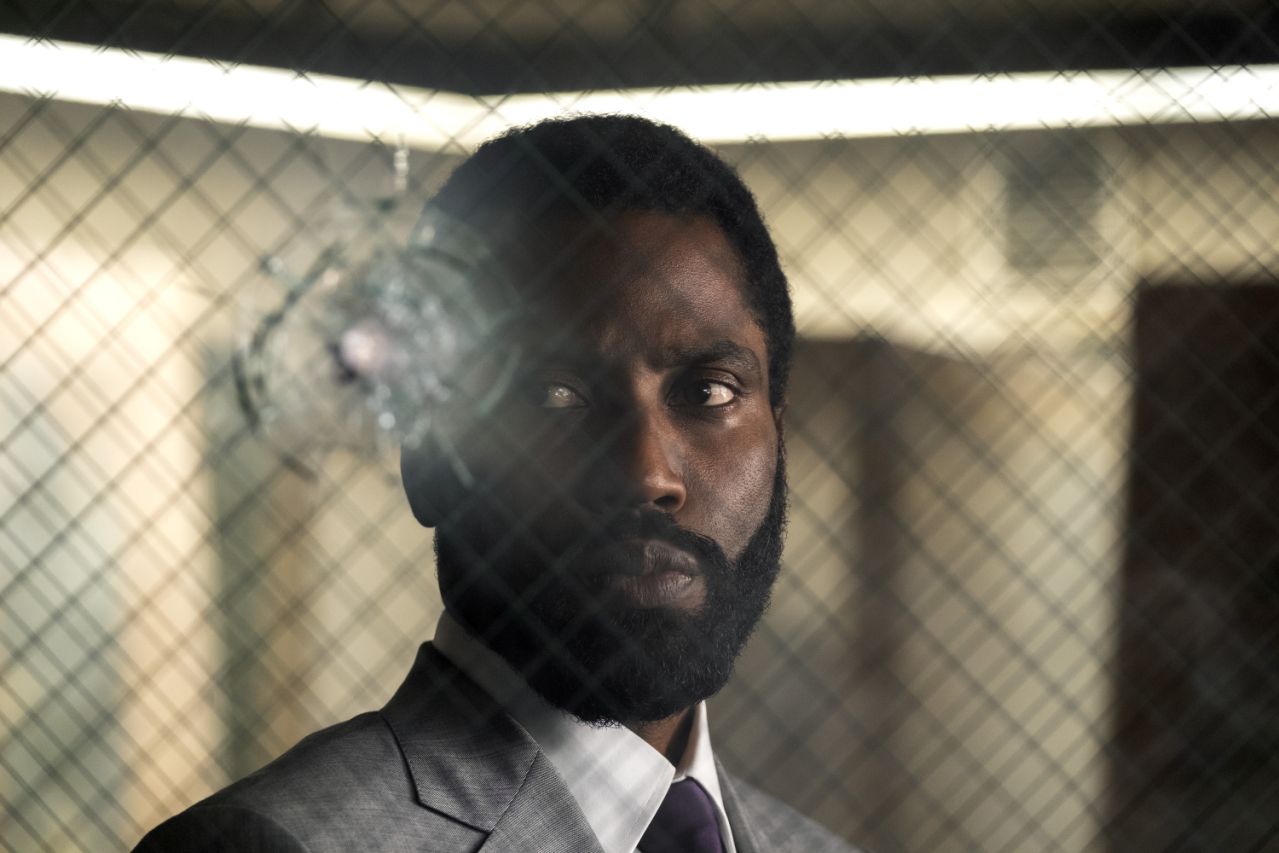 No line in recent cinematic history has felt more fourth-wall-breaking than the one uttered by Clémence Poésy’s character in the first act of Tenet. “Don’t try to understand it,” her scientist character tells John David Washington’s Protagonist as he comes to grips with a new type of radioactive weapon. “Feel it.” It’s certainly the best advice to offer cinema-goers before watching Christopher Nolan’s latest, an espionage thriller of blockbuster proportions. But with two-and-a-half hours of physics-heavy exposition doled-out between sprawling, globe-spanning action sequences, Poésy’s advice is not always that easy to follow.

The Protagonist is a CIA operative who––after proving his skill, reliability, and commitment to national interests to mysterious powers-that-be––is tasked with finding the source of a scary new type of ammunition. Apparently this firepower is not just going to cause World War III but a full-on Armageddon. And so he’s sent off with nebulous crumbs of information to prevent it. Thus begins his superspy mission proper where he becomes acquainted with a slew of sharply dressed characters to aid him on this quest.

There’s an almost video-game-like quality to these interactions: Dimple Kapadia’s elegant arms dealer and Sir Michael Caine’s dapper British intelligence bigwig are the NPCs who provide scientific exposition, hints, and directions each time the Protagonist completes a level of play. He even gets some metaphorical gold coins from the latter to ready him to meet Tenet’s resident Princess Zelda, Kat (Elizabeth Debicki), the abused upper-crust wife of Ganon-like, Bowser-looking Russian Oligarch Andrei Sator (Kenneth Branagh). Disappointingly, these two only slightly veer from your standard damsel-in-distress and Eastern European antagonist.

Sator’s increasing brutality is frightening to witness but you could make a sandwich with how often Branagh hams it up. Kat is offered slightly more agency than Nolan’s previous female characters, but her whole identity is wrapped up in being a Mother™ and she is at pains to remind us at every possible moment. She’s also the conduit for much of the Protagonist’s heroic actions but it’s hard to see why when their chemistry is as cold as the war he’s trying to curtail.

Washington and Robert Pattinson, on the other hand, are pretty damn hot together. Pattinson’s debonair, highly trained and physics-savvy wingman––inexplicably called Neil––plays off well against Washington’s endearing lead. But with lifeless dialogue and a lot of scientific ideas to deliver, there’s only so much roguish charm these two can bring to spruce the film up.

Luckily, for what Tenet lacks in narrative comprehension, it more than makes up for in action––a cinematic language with which Nolan has become increasingly fluent. The opening setpiece at the Ukrainian national opera explodes with tension, thanks in part to Ludwig Göransson’s guitar-heavy score that made the BFI IMAX quiver every time a tremor of distortion blasted through the speakers. As the film progresses, Nolan serves up even more impressive action sequences from a bungee stunt cascading across an apartment building to close-combat fight choreography to a high-octane car chase––the latter two setpieces rooted in the “inverted” premise to mesmerizing effect. This all leads to a climactic ending that has more than a passing resemblance to The Dark Knight Rises and a certain temporal sci-fi franchise that began back in the ‘80s.

It’s during these innovative moments of technical spectacle that one can take Poésy’s advice and just “feel it,” especially when watching a 70mm print on an IMAX screen. These action-packed vignettes offer a much-needed respite from the abundance of scientific jargon Nolan’s convoluted script throws at the viewer. But it is somewhat disappointing to leave a movie without a full grasp of what you’ve just watched. Still, there’s something rather wonderful in seeing a filmmaker take a proper swing with an original concept in a tentpole world increasingly populated by sequels, remakes, and reboots. And while Tenet might not make it easy to connect the dots, it’s still a thrilling ride to herald the return of cinema-going.

Tenet begins its release in theaters and IMAX cinemas, in select countries, on August 26, 2020.