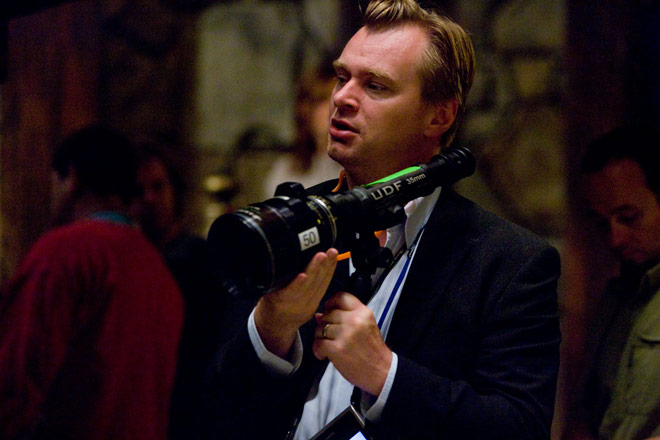 Update: Variety has confirmed that Nolan’s next film will indeed be Dunkirk, with Mark Rylance, Kenneth Branagh, and Tom Hardy in talks to join, although most of the leading cast will consist of unknowns. See the original story below for the film set to shoot in IMAX 65mm and 65mm large-format film.

With his days of Batman behind him, Christopher Nolan is perhaps at the most interesting point of his career. As Hollywood’s top actors clamor to work with him and his ability to have mostly a free reign on budget, we’re intrigued at where he’ll head next. Following up Interstellar, which had quite divisive reactions, Warner Bros. already set a release date of July 21st, 2017 for his next feature, and today we have the first potential details.

Nolan is reportedly prepping a World War II feature to shoot partially in Dunkirk, according to French outlet La Voix du Nord (via Nolan Fans). The film is said to be inspired by Operation Dynamo, a miracle of a mission in 1940 where nearly 340,000 Allied troops were rescued after being trapped by the Nazis in this northern area of France. It’s reported that, after recent location-scouting by Nolan and his brother / co-writer, Jonathan, shooting in the area will occur from the end of next May to June, with hotels in the area already being booked for the production.

Although no studio confirmation has arrived yet, it would certainly be an interesting change-up for the director from his usual high-concept original features. With the scope he’s able to bring to such adventures as space travel and superhero mayhem, we look forward to what he can do in this playing field.

As we await more details and confirmation, check out a 2004 BBC docudrama on the Battle of Dunkirk and the Dunkirk evacuation, narrated by Timothy Dalton and featuring Benedict Cumberbatch. It’s one of the few films made about the event, along with 1958’s Dunkirk and, a few years later, Weekend at Dunkirk in 1964.

What do you think of the prospects of Nolan’s next potential feature?